A 3D printed car could be in your driveway sooner than you think. 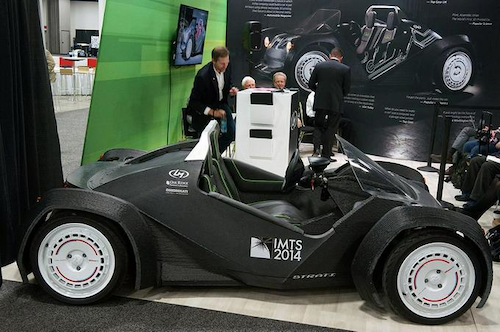 DETROIT (AP) — A 3D printed car could be in your driveway sooner than you think.

Phoenix-based Local Motors plans to sell a 3D printed car called the Strati later this year. It's a two-seat neighborhood car that can go up to 25 miles per hour.

Local Motors prints the car's frame and panels out of carbon fiber-infused plastic on a machine that could fit in a single-car garage. It takes about 44 hours to print one Strati. Then it's outfitted with an electric car battery, motor and suspension from French automaker Renault.