Tag Heuer To Make Smartwatches With Google And Intel

Watch out Apple: Swiss company Tag Heuer is developing its own smartwatch with tech rivals Google and Intel. 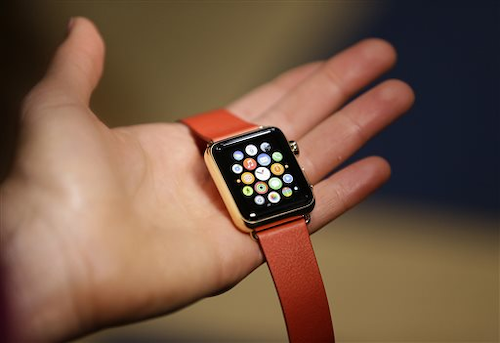 The announcement Thursday comes a month before Apple Inc. starts selling its smartwatch.

Tag Heuer's version is expected to be ready at the end of the year. The companies did not say what it will look like or how much it will cost, but watches from the luxury timepiece maker typically cost $1,000 and up.

The Tag Heuer watch won't be the only fashionable smartwatch competing with Apple. Clothing maker Guess worked with a startup, Martian Watches, to create a line of fashionable smartwatches modeled on Rigor, a traditional watch line from Guess. Another small company, Burg, has a model with Swarovski crystals.

The Tag Heuer smartwatch will use technology from Intel Corp., whose Basis subsidiary already makes a fitness tracker called Peak. It will run Google Inc.'s Android Wear system, which is already used in smartwatches by Motorola, Sony, LG and others. Android Wear emphasizes voice controls, although some selections can be made through buttons and touch screens.

Like most smartwatches, Tag Heuer's version will require that a wearer keep a smartphone nearby for all the watch's functions to work.

Tag Heuer, Google and Intel made the announcement at Baselworld, a watch and jewelry trade show in Switzerland. Tag Heuer is a part of French luxury goods group LVMH.