An unorthodox stock split designed to ensure Google CEO Larry Page and fellow co-founder Sergey Brin retain control of the Internet's most profitable company could cost Google more than half a billion dollars. 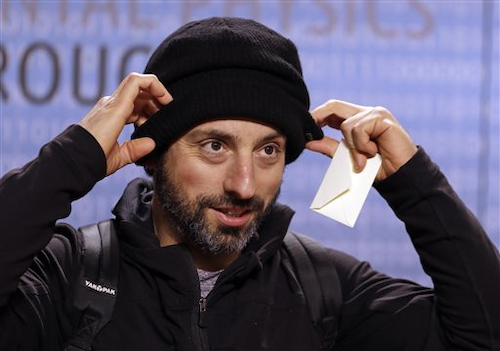 Page, 42, and Brin, 41, have maintained control over Google since they started the company in a rented Silicon Valley garage in 1998. Their ideas and leadership have spawned one of the world's best known and most powerful companies with a market value of $368 billion and a payroll of about 54,000 employees.

Yet many investors have become frustrated with Page's unwavering belief that Google should be spending billions on far-flung projects ranging from driverless cars to diabetes-controlling contact lenses that may take years to pay off and have little to do with the company's main business of search and digital advertising. The big spending is one reason Google's stock price is 3 percent below where it stood at the end of 2013, while the Standard & Poor's 500 index has climbed 12 percent.

To maintain the power to drive Google's direction, Page and Brin initially accumulated virtually all of the company's class "B'' shares, which have 10 votes for each "A'' share. The duo, though, worried that control would erode as Google issued more "A'' shares to pay for acquisitions and reward other workers. A year ago Thursday, Google split its stock to create a new category of "C'' stock with no voting power that would allow more Google shares to be issued without undercutting Page and Brin.

Class "A'' shareholders were outraged, skewering the maneuver as a textbook example of shoddy corporate governance. Google argued there wouldn't be much difference between the price of "C'' and "A'' shares because Page and Brin held majority control anyway with the "B'' shares. To settle a class-action lawsuit challenging the split, Google agreed to compensate "C'' shareholders if the average price of "C'' stock fell more than 1 percent below "A'' shares through the first year of trading.

Google's theory proved wrong, said BGC Financial Partners Colin Gillis. The difference turned out to be between 1 percent and 2 percent through the first year, though the final gap won't be announced for up to 30 days as Google works with outside experts to determine the figures under a complex formula.

"This shows the market does place a value on owning a voting stock," he said.

Google disclosed in a recent regulatory filing that it would have owed about $593 million to class C stockholders had the calculations been done on Dec. 31. Based on that estimate, the class C stockholders would receive roughly $1.74 per share in cash or additional stock. The exact amount that Google owes will be calculated based on the average trading prices over the full one-year period that ended Thursday after the stock market closed.

The Mountain View, California, company has until early July to pay the money. It's something that Google can easily afford, given the company holds $64 billion in cash. And the damage could have been a lot worse: Google would have had to pay $7.5 billion, or about $22 per share, had the first-year spread between "A'' and "C'' shares was 5 percent or more.

Class C shareholders should ask themselves if the money they are getting is enough to compensate for relinquishing their voting rights and ceding control to Page and Brin, said Charles Elson, director of the University of Delaware's Weinberg center for corporate governance.

Shareholders "are getting this cash for giving up their say in effective management," Elson said. "This could be a case of 'penny wise, pound foolish.'"