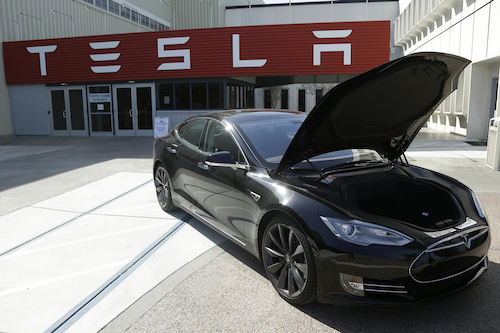 The electric vehicle maker said Friday that it has decided to report the number of new car deliveries within three days of quarter's end going forward because "inaccurate sources of information are sometimes used by others to project the number of vehicle deliveries."

Tesla Motors Inc. said that the delivery figure is only one measure of its financial performance and shouldn't be relied on as an indicator of its quarterly financial results.

Late last month the Palo Alto, California-based company — which is led by Elon Musk — said it would reveal a new product on April 30 but that it's not a car. Musk said in February that Tesla would soon unveil a home battery that would be ready to go into production in about six months.