Microsoft Results Show Company's Shift, But Is It Enough?

Microsoft is changing its business. The question is whether it's changing fast enough. 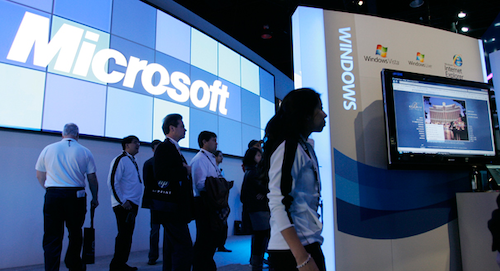 SAN FRANCISCO (AP) — Microsoft is changing its business. The question is whether it's changing fast enough.

The tech giant showed some progress Thursday, reporting better-than-expected quarterly earnings and more growth in its relatively new cloud computing segment. CEO Satya Nadella has been investing in new services and redesigning Microsoft's most popular programs for smartphones and other mobile gadgets.

But a continuing slump in the PC industry has caused Microsoft's stock to flounder in recent months, marking the end of a honeymoon year in which shares rose steadily after Nadella took the reins in February 2014. Microsoft's latest report shows another decline in profit and revenue from the company's flagship Windows software for personal computers.

Wall Street analysts say 2015 is the year Nadella needs to show his strategy is making a difference.

"He needs to not just talk the talk, but walk the walk," said FBR Capital Markets analyst Daniel Ives, who's been a fan of Nadella's moves to overhaul a company best-known for its PC software. He called the quarterly report "a big step in the right direction."

Microsoft's financial results underscore the importance of Nadella's efforts. Revenue from cloud computing has grown rapidly, as more businesses are paying to use software housed in Microsoft's data centers. The Redmond, Washington-based company says it's on track to log more than $6 billion in cloud sales this year.

But Microsoft still relies heavily on selling traditional software, which contributed the largest part of its $21.7 billion in sales for the quarter. While overall revenue increased, thanks to sales by the newly acquired Nokia phone business, the company saw a 26 percent drop in Windows licensing revenue for consumer PCs and a 19 percent drop in licensing for business PCs.

Demand for new PCs is expected to fall in 2015 for the fourth consecutive year, according to International Data Corp. Microsoft blamed weak demand, along with a strong dollar overseas, when it issued a forecast in January for lower revenue than analysts had expected. That sent Microsoft's stock tumbling more than 10 percent in one day.

After peaking at $50.05 last November, Microsoft Corp. shares have traded below $43 recently. The stock closed Thursday at $43.34 and rose almost 4 percent in extended trading after the earnings report.

Microsoft is hoping for a boost later this year when it releases a redesigned version of Windows with new features for PCs and mobile devices. And Nadella has taken other steps to get Microsoft's software into the hands of consumers who prefer smartphones and tablets.

That includes offering Windows at steep discounts for manufacturers to use in lower-priced tablets and laptops. This may hurt revenue near term, but Bernstein Research analyst Mark Moerdler says it should pay off eventually by getting more people to use Microsoft products like the Bing search engine and Office 365 programs for documents, spreadsheets and mail.

Similarly, Microsoft has released new Office apps for devices that run on rival operating systems from Apple and Google. While the apps are free for consumers, Microsoft hopes to gain revenue by charging for extra services and versions for business users.