This week, Microsoft held its Build 2015 developer conference where more details were released about the “holographic computer” HoloLens. 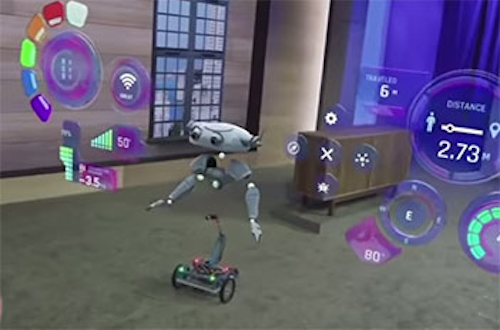 This week, Microsoft held its Build 2015 developer conference where more details were released about the “holographic computer” HoloLens. Although there’s been a lot of talk about virtual reality headsets in the pipeline, the HoloLens doesn’t require being tethered to a computer to work.

Take a look at the headset being used to interact with universal apps from Windows 10:

At Build 2015, Microsoft also showed how HoloLens integrates digital and real-world objects into a single environment:

Check out all the latest videos on Manufacturing Business Technology here.