How Big is Tesla’s ‘Big’ Announcement? 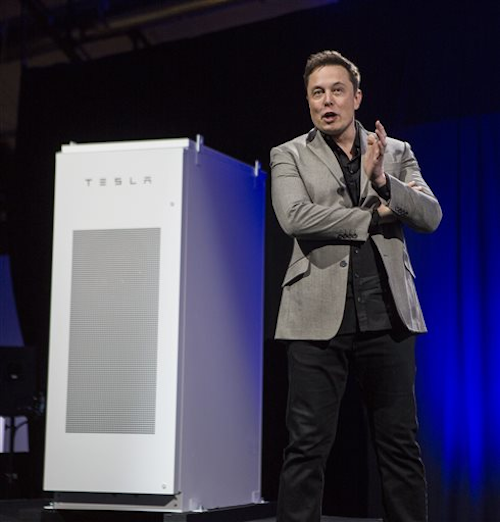 In reality, Tesla is joining a crowded field of companies already invested in on-site energy storage, and experts are split on just how much those systems will impact the energy market.

"We're just not aware of who would even really be second, honestly," Musk said of his company's advances in accumulating solar-fueled electricity.

Reuters, however, noted that massive multinationals such as Samsung, LG Chem and Saft, as well as startups Stem, Coda Energy and Green Charge Networks, also hope to capitalize on the need for storing energy from solar or wind power.

Musk, for his part, dismissed the current competition and declared that "the issue with existing batteries is that they suck."

The more pressing issue, however, could be simple economics. One consultant doesn't believe Tesla energy will cut home battery prices by much, if at all.

Still, most observers conceded the development of battery technology by Tesla and others could help utilities capitalize on cleaner energy sources and improve their management of power spikes and shortages alike.

In Hawaii, for example, conventional energy sources must be imported, and the resulting costs led to a sharp increase in the use of rooftop solar panels. That’s pitted homeowners against utility officials, who argued those systems jeopardize the state’s overall energy grid.

Similar controversies could erupt elsewhere as solar systems gain prominence. One analysis earlier this year predicted solar costs would be able to compete with traditional electricity generation in most states within 15 years.

"Energy storage can be a really large ecosystem,” Chris Shelton of Virginia utility company AES Corp. told Bloomberg. "It helps to have another voice, and a prominent voice, making the case."