Samsung wants to sell the digital brains that will go into billions of "smart" home appliances, industrial sensors and other Internet-connected gadgets — even if the gadgets aren't made by Samsung. 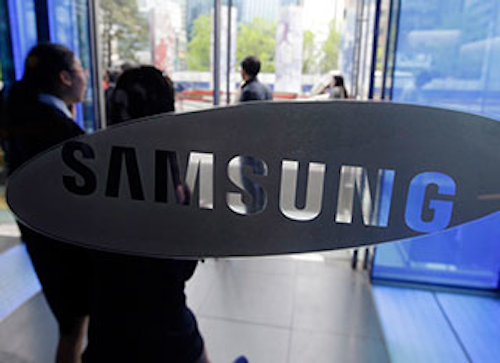 SAN FRANCISCO (AP) — Samsung wants to sell the digital brains that will go into billions of "smart" home appliances, industrial sensors and other Internet-connected gadgets — even if the gadgets aren't made by Samsung.

At a technology conference Tuesday in San Francisco, the South Korean company unveiled a new line of tiny electronic components that combine low-power computer chips, transmitters and software. Manufacturers can build the components into everything from televisions to parking meters to orthopedic shoes.

The new Artik components are key to Samsung's goal of becoming a major player in the so-called "Internet of Things," the tech industry's buzzword for the notion that all kinds of electronic devices can be connected over the Internet. This could be a $3 trillion industry in the next five years, analysts at International Data Corp. have estimated.

Samsung is going after that market at a time when earnings from its core smartphone business have sagged in the face of challenges from Apple and upstart Chinese phone makers. Samsung also makes other electronic components, TVs, refrigerators and other home appliances.

Company President Young Sohn declined to be specific when asked how big Samsung hopes the Artik business will become. But he noted that analysts have estimated there will be billions of Internet-connected gadgets and machines in coming years.

"Those numbers are subject to change, but anything that is in the billions . I will take that," Sohn said with a laugh.

Other companies also want a piece of that market. Chipmakers Intel and Qualcomm are also making energy-efficient processors for the coming wave of connected gadgets. IBM, Hewlett-Packard and Cisco want to sell systems for collecting and analyzing data from those gadgets.

Samsung said it will use the Artik components in all the home appliances it makes, but the company hopes other manufacturers will use them too. Sohn said the components are designed to be compatible with other systems. Samsung's SmartThings division also announced a new Internet-based platform that other companies can use to create programs and track data collected from smart devices.

In demonstration videos, Samsung showed the ARTIK components being used in motion sensors designed for orthopedic patients to wear on their shoes, allowing therapists to monitor their walking ability, and in devices that farmers can use to monitor moisture levels in the soil.