The fate of the government's bulk collection of Americans' phone records is unclear following an FBI warning, House-Senate disagreements and more than 10 hours of criticisms by a GOP presidential candidate. 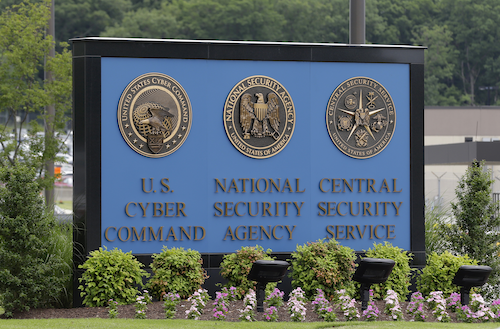 WASHINGTON (AP) — The fate of the government's bulk collection of Americans' phone records is unclear following an FBI warning, House-Senate disagreements and more than 10 hours of criticisms by a GOP presidential candidate.

Sen. Rand Paul of Kentucky, the most libertarian-leaning of the major Republican presidential contenders, dominated the Senate floor from 1:18 to 11:49 p.m. Wednesday to decry the National Security Agency's mass collection of phone data without warrants. In doing so, he highlighted deep divisions within Congress — and among his party's presidential hopefuls — over the program whose existence was exposed by former contractor Edward Snowden, now living in Russia.

Paul wasn't coy about the political overtones. His campaign issued a fundraising appeal while he slowly paced and steadily talked in a mostly empty Senate chamber. It also told reporters that several conservative House Republicans were available for interviews after they sat a while in support of Paul in the Senate.

It marked the second time in two years that Paul has used a marathon Senate speech to draw attention to a pet issue, and to himself, as C-SPAN cameras provided unbroken footage for Twitter and other social media. In March 2013 he spent 13 hours filibustering John Brennan's nomination to head the CIA, to underscore Paul's opposition to U.S. drone policies.

Wednesday's performance wasn't an official filibuster because the bill before the Senate dealt with trade, not surveillance. Still, by never sitting or yielding the floor, Paul kept senators from talking on other topics.

Paul opposes renewal of key sections of the Patriot Act, which the government cites to authorize the massive examination of who calls who on American phones. The government does not collect the content of the calls. Those sections are set to expire June 1.

Senate Majority Leader Mitch McConnell of Kentucky is among those Republicans who want to keep the full program going. But McConnell says the Senate will vote on the House bill, and possibly other versions, before beginning a Memorial Day recess.

Siding with McConnell are GOP senators and presidential hopefuls Marco Rubio of Florida and Lindsey Graham of South Carolina. Sen. Ted Cruz of Texas and other candidates have taken positions somewhere between McConnell and Paul.

A friendly presidential debate almost seemed possible late Wednesday when Rubio sat in the presiding officer's chair and Cruz occupied a desk near the still-talking Paul.

Wearing a dark suit, tie and running shoes, Paul began his marathon talk by announcing, "There comes a time in the history of nations when fear and complacency allow power to accumulate and liberty and privacy to suffer." He remained on message hours later, saying bulk data was gathered "under the inherent authority of the president ... This should scare us."

Several senators, most of them Democrats, gave Paul's voice occasional breaks by speaking several minutes to ostensibly ask him questions.

He discreetly sipped water and ate small candies now and then, which isn't unusual in the Senate chamber. But he did not sit down.