In a clash of rival makers of fitness trackers, Jawbone is suing Fitbit and a group of employees who quit Jawbone to work for Fitbit, saying they stole trade secrets, business plans, market research, and other information. 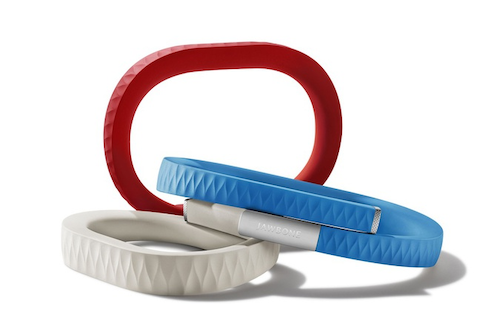 NEW YORK (AP) — In a clash of rival makers of fitness trackers, Jawbone is suing Fitbit and a group of employees who quit Jawbone to work for Fitbit, saying they stole trade secrets, business plans, market research, and other information.

The lawsuit was filed Wednesday in Superior Court in San Francisco, where both companies are based. It says the employees violated their agreements with Jawbone and hid their activities from the company.

Fitbit did not immediately respond to a request for comment. It makes wearable fitness-tracking devices that track data including how many steps a wearer takes and estimate how many calories they are burning. Jawbone also makes activity trackers, and it sells Jambox wireless speakers and headsets.

Fitbit filed for an IPO worth up to $100 million this month.

In a filing with regulators, Fitbit said it has sold almost 21 million devices since 2011, but more than half of those sales were made in 2014. The company reported $745.4 million in revenue in 2014, almost triple its total from the previous year. That pace continued into 2015, as its sales more than tripled to $336.8 million in the first quarter.

Jawbone said that by poaching its employees, Fitbit acquired knowledge of its market research, years of plans, and information about its headsets, fitness trackers and audio devices. That could make it easier for Fitbit to start making and selling those products.

Jawbone says other former employees were involved, but it doesn't yet know their names.

It is seeking financial damages as well as asking the court to stop the former employees of disclosing any further trade secrets.