Raj Rajkumar has helped lead the school's efforts for the past 15 years as a professor of computer and electrical engineering. He also heads a spinoff company that is developing autonomous car software. 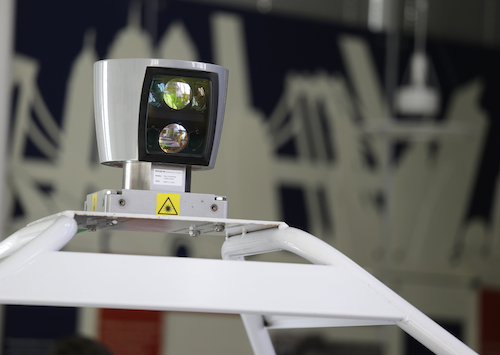 PITTSBURGH (AP) — Back in 1984, researchers at Carnegie Mellon University developed a self-driving car called the "Terregator" that used video cameras, sonar and laser to travel a few centimeters per second.

Today, the Pittsburgh school is among the world's leaders in autonomous cars. Google's self-driving car chief got his training there. It's doing research for General Motors, and ride-sharing service Uber recently signed on to develop a self-driving vehicle.

Raj Rajkumar has helped lead the school's efforts for the past 15 years as a professor of computer and electrical engineering. He also heads a spinoff company that is developing autonomous car software.

Here are Rajkumar's answers to questions about the fast-moving technology, edited for length and clarity:

Q: How long will it be until autonomous cars are in the public's hands?

Q: Google says they will have a fully automated car ready in five years. Is that possible?

A: In terms of prototypes and demonstrations, yes I believe that is feasible. Technologically we've been able to do a lot of autonomous driving. We have driven autonomously in Pittsburgh, in Silicon Valley, in Nevada, in Washington, D.C. Taking the driver out of the equation I think is very different.

Q: What are the hurdles?

A: There are technological challenges that will take some time. But I think they are solvable. Then there are legal considerations, liabilities. It also depends on the country. The U.S. tends to be a highly litigious society. But there are other countries that are a little bit more lax, so they may end up adopting it. I think of city-states like Singapore for example. The U.S. is a very large country where climate varies quite a bit. I think it will be under more limited conditions with California, Pennsylvania, Michigan, Nevada leading the way.

Q: What about snow obstructing cameras that read lane lines?

A: Weather conditions will plague us for a quite some time. Heavy rain, heavy snow, heavy fog. Lighting conditions. Road conditions where the lane markers are not there or have been covered. We as humans use a lot of societal cues. If somebody has driven down the road and you see tire marks, you know that is drivable. That kind of intelligence takes a longer time.

A: That's exactly what people in the car industry worry about. Look at cruise control. The early days, it had a whole bunch of problems. So it takes years even for a simple technology to demonstrate that it's reliable and affordable. When things go wrong they can come back and haunt you several years down the road.

Q: You're still working with Uber even though it hired away 40 researchers from your robotics center. Why?

A: Losing 40 people is a big deal. But we are able to attract new talent because that's what universities do. The fact that Uber started its advanced technology center here I think is basically a validation of the fact that Pittsburgh can be the hub for robotics and automation.