The report asks: How will companies use 3D printing over the next couple years? 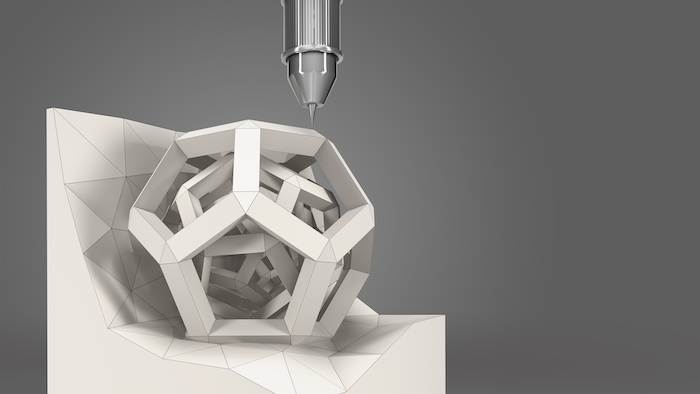 In response to this shift in product development, Stratasys will release a reported detailing the current and future status of 3D printing’s impact on manufacturing.

The report asks various questions: How will companies use 3D printing over the next couple years? What do they see as the biggest hurdles? What is the business value to them?

The report, which will be available for download Thursday, features survey answers from 700 qualified respondents and was carried out by a third party administrator, SMS Research Advisors.

To begin, the survey asked about the most significant benefits of using additive manufacturing (AM).

As for outsourcing the technology, respondents named access to advanced equipment (73 percent), less investment risk (60 percent), the ability to produce parts that can’t be made internally (53 percent), and access to AM expertise (47 percent) as the top four benefits of outsourcing their additive manufacturing.

However, many of these statistics could have been assumed (the 3D printing conversation has been long and drawn out for some time now), so Stratasys proposes changing the discussion from emphasizing the technologies' technical benefits, to its overall business value.

“Right now [AM] is going through a transition from the first 15 years when we were changing how prototypes were made,” says Allison. About 10 years ago, technology caught on, and since then the market fully adopted using the technology to quickly and efficiently create prototypes. In the future, 3D printing for concept parts is actually expected to decrease 1 percent.

The majority of respondents strongly believe that additive manufacturing will be used to create more end-use parts in the future. In fact, end-use parts are expected to grow by 38 percent by 2018, a number that will be driven by the aerospace and automotive markets. These markets are also most likely to grow their in-house additive manufacturing capabilities, with a 73 percent increase in in-house production expected over the next three years.

Moving forward, there are still obstacles to overcome — the main concerns primarily relate to cost (equipment and overall manufacturing).

However, as it pertains to the current state of the industry, 54 percent of respondents are worried about limited materials; for the future, this concern remains, but decreases slightly to 46 percent.

Contributing to calming fears may be the development of multiple new materials, as well as reductions in cost. Additionally, the biggest interest in materials is in metals. “That didn’t surprise us,” says Allison. In fact, the use additive metal use is expected to nearly double over the next three years. This is due in part to improve material properties.

“People are starting to realize that the great value of the technology isn’t that it’s cool, but that it’s an enabler to drive real business value,” says Allison. “I really think that the pace of adoption over the next couple years is going to make it look like the industry was standing still for the last 25 years.”