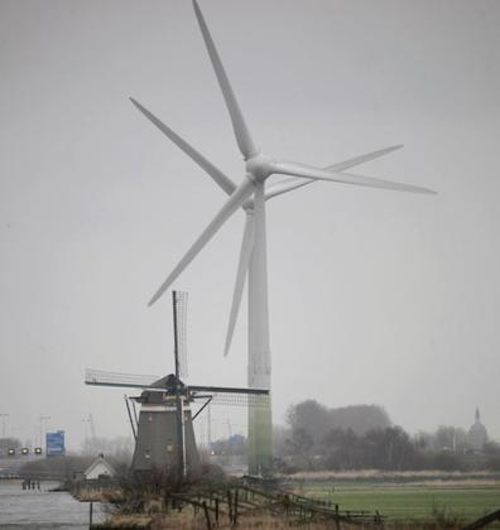 An agreement signed by rail companies and utilities mandates that wind power generate half of the energy needed to run the country's electric railways beginning this year. By 2018, that threshold will gradually climb to 100 percent.

"Mobility is responsible for 20 percent of CO2 emissions in the Netherlands, and if we want to keep travelling, it is important that we do this without burdening the environment with CO2 and particulate matter," Eneco account manager Michel Kerkhof told Railway Technology.

The effort will require energy from Dutch wind farms as well as those in neighboring Belgium and in Scandinavia.

Kerkhof noted that the agreement does not require direct government assistance and will instead "operate within the local subsidy systems." He added that ticket prices remained stable — despite wind power's higher costs — due to increased energy efficiency.

"Rail companies are the basis for further sustainable energy, not only in the Netherlands but also elsewhere in Europe," Kerkhof said.

The agreement follows a lawsuit filed by Dutch citizens against their own government that resulted in an order to cut carbon emissions.