China’s President Xi is expected to face some hard economic and cybersecurity questions this week when he visits the U.S. The Alliance for American Manufacturing has outlined six topics it feels should dominate those discussions. 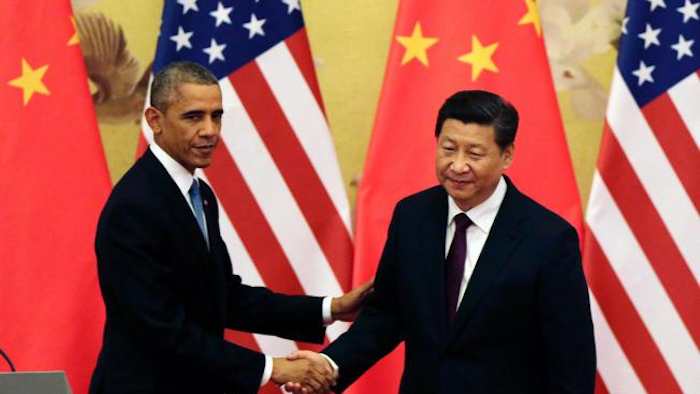 This week, China’s President Xi will visit the U.S., as economic uncertainty and questionable policies continue to plague the world’s most populous country. With continued speculation of state-sanctioned cyberattacks on American businesses and devaluation of its currency, the visit might help in mending some of the frayed ties between the two countries.

Currently, the Communist nation is overhauling its faltering economic practices to put more emphasis on consumer spending and less on an exports and often-wasteful investment in factories, real estate and infrastructure such as railways and airports.

To kick off his U.S. visit, President Xi will head to Seattle for three days to discuss how experts and businesses can collaborate on nuclear energy, smarter electricity use and other clean technologies.

Since both countries have a strong manufacturing relationship, the Alliance for American Manufacturing has issued an outline of six topics that it feels should dominate the dialogue between the U.S. and China this week:

1. China remains a state-controlled, non-market economy. China’s state-dominated financial system carries out the policies of Beijing and serves as the instrument for targeted investments in strategic industrial sectors. Let there be no doubt: China is not a market economy and has a long way to go before it can be granted any new preferential treatment to the U.S. market.

2. China continues to manipulate its currency. The People’s Bank of China hastily devalued its currency in August by four percent, erasing three years of appreciation against the dollar. Beijing has a long history of currency manipulation; the results have been devastating for American workers, with the loss of 3.2 million jobs as the bilateral trade deficit hit a record $342 billion in 2014. Without real, actionable penalties, few believe that China will stop manipulating its currency for a trade advantage.

3. China is ramping up production regardless of demand. Overcapacity in 19 industrial sectors in China is flooding global markets with cheap steel, tires, paper, aluminum, glass, solar panels, and other products. Even as China’s economy slows, its state-owned and state-controlled companies continue to ramp up production, depressing growth and eliminating American jobs. Left unchecked, China’s overcapacity will continue to be exported to the United States.

4. Despite failed commitments, bilateral investment treaty (BIT) negotiations proceed. In the nearly 15 years since China gained access to the World Trade Organization (WTO), Beijing has repeatedly disregarded the rules of international trade to boost its own economy at the expense of others. Negotiations on a BIT should not proceed until China initiates serious and sustained market reforms.

5. China hacks U.S. companies for trade secrets. Government-backed cyber hackers in China are stealing sensitive data from American companies, leading to an uptick of FBI and Justice Department investigations. Economic espionage originating in China is the source 95 percent of all economic espionage cases. The President should outline consequences for Beijing’s cyberespionage.

6. China’s military buildup is supported by its economic policies. A massive trade surplus with the United States has enabled China’s military buildup. And China’s predatory economic policies have contributed to a disturbing trend of outsourcing key sectors of the U.S. defense industrial base, increasing our reliance on a potentially hostile trading partner for our own national security.