A plan to manufacture solar-powered drones at a suburban New York site that once made fighter jets for the U.S. military is sparking questions about whether the aircraft will be used to beam Internet service. So far, company officials are staying mum. 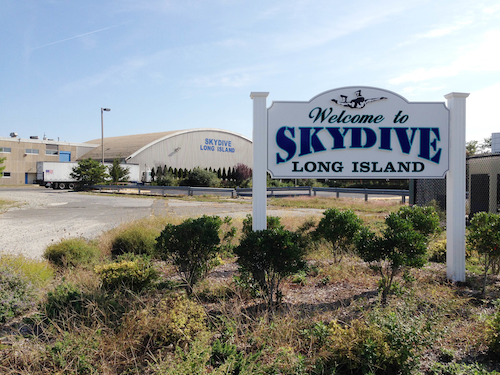 ​RIVERHEAD, N.Y. (AP) — A plan to manufacture solar-powered drones at a suburban New York site that once made fighter jets for the U.S. military is sparking questions about whether the aircraft will be used to beam Internet service. So far, company officials are staying mum.

Daniel Preston, the CEO and chief technology officer of Luminati Aerospace LLC., appeared Thursday with other company officials at a meeting of town board members in Riverhead, seeking permission for Luminati to use one of two runways on property it recently purchased. The land was once used by defense contractor Northrop Grumman to test fighter jets.

Preston said the company, which closed last month on a $3.4 million deal to acquire 16.3 acres of land from the operator of a now-closed skydiving facility, intends to develop the next generation of drones at the site. Initially, the company intends to immediately hire about 40 employees for high-tech positions, but described its long-term goals as "multimillion-dollar in nature."

This summer, Facebook announced it will begin test flights later this year for a solar-powered drone to deliver Internet connectivity to remote parts of the world, but Preston would not comment on whether his firm is associated with that or any other tech company.

"I have to respect the confidential nature of this program and of our client," he told reporters after meeting with town officials.

"There's a confidential proprietary aspect to what we're developing and we're trying to be respectful of that."

Facebook engineers have said they've designed a drone with a 140-foot wingspan that weighs less than 1,000 pounds. Designed to fly at high altitudes for up to three months, it will use lasers to send Internet signals to stations on the ground.

Other tech companies have launched similar initiatives. Google is experimenting with high-altitude balloons as well as drones and satellites. Microsoft has funded a project that will transmit Internet signals over unused television airwaves.

Sean Walter, the Riverhead town supervisor, called the Luminati project "the biggest thing to hit Long Island in a long, long time." He said he has been told the aircraft would fly at altitudes of 60,000 feet or more and have a wingspan of about 160 feet.

The Facebook drones are designed to climb to 90,000 feet, safely above commercial airliners and thunderstorms, and they will fly in circles through the day. At night, he said, they will settle to about 60,000 feet to conserve battery power.

"What's really exciting is we are bringing the aerospace industry back to Long Island," Walter said. He noted that Grumman, the predecessor of Northrop Grumman, designed and built fighter jets for the U.S. military at several sites on Long Island. Grumman's plant in Bethpage built the lunar module that carried men to the moon in 1969.

Preston, who founded and ran Atair Aerospace from 2001 to 2008, said Luminati expects to be in a research and development phase for about two years before commencing production. He told Riverhead town officials the company will be seeking permission to expand one of the facilities on its property to accommodate machinery necessary to construct the aircraft. It also intends to consider seeking permission to use the second of the two runways situated at the site.

He told town officials the company would pay for repair and maintenance of the runways.