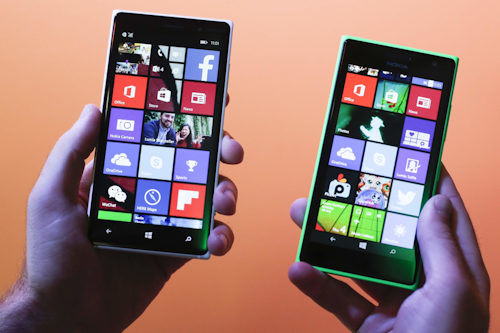 In this world of ever expanding devices, getting everything to talk to each other is a big focus for technology and software companies. That’s been the catalyst behind Microsoft’s Windows 10 operating system — let all of your devices (phones, tablets, computers, TV, wearables) talk to each other. The simplest way for that to happen is to have them all running the same OS. That’s why Microsoft is currently testing software updates and rollouts for its Windows 10 Mobile OS with mobile carriers.

The Android operating system gets a lot of flak for the way it rolls out updates across its ecosystem, which tends to be a mass confusion of different versions running on different devices, not all of them compatible. It’s easy to see why Microsoft wants to control the process.

When Google releases a new mobile OS, device makers test it for each phone, then mobile service providers test it before rolling it out for each individual device — causing Android users to wait weeks or months for an update… that is, if the device is even going to receive the update.

Apple takes a different approach by sidestepping the mobile carriers in testing and deploying OS updates, which is similar to what Microsoft is planning to do.

CNET is reporting that Microsoft, "will decide when to send the updates out based on input from mobile operators and Windows Insiders."

Having taken some lickings for OS gaffes in the past, by taking this approach Microsoft is trying to ensure that all Windows 10 users get the security patches, new features and other updates within a more reasonable timeframe.