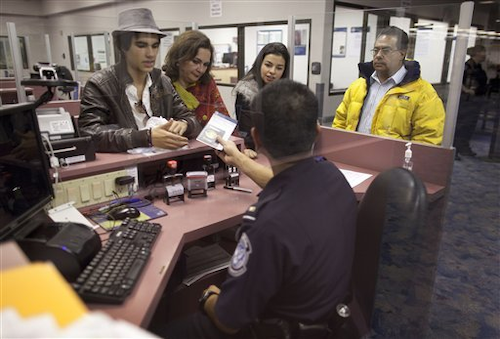 Critics, however, maintain that the program enables companies to recruit cheaper employees across the globe at the expense of American workers. Opponents also charged that it promotes outsourcing by allowing foreign companies to send workers to the U.S. to acquire skills.

U.S. Citizenship and Immigration Services said it received more than 65,000 applications for H-1Bs just five days after the agency began accepting them for the upcoming fiscal year. Federal officials stopped accepting additional applications and will allocate visas via a lottery.

“The arcane limit on the number of H-1Bs issued each year leaves a company’s hiring strategy to pure chance and puts U.S. businesses at an extreme disadvantage when recruiting for highly skilled foreign talent,” Valentine Brown, a Philadelphia immigration attorney, told The Wall Street Journal.

The Senate Judiciary Committee last month held a hearing on bipartisan legislation that would, in part, raise the limit from 65,000 to 115,000 and enable future increases as economic conditions warrant.

"I thought that we agreed that legal immigration is a good thing," said Sen. John Cornyn, R-Texas.

But the debate over H-1B visas cuts across party lines in an otherwise largely partisan Congress, and Judiciary Chairman Chuck Grassley, R-Iowa, declared the bill would "only make the problem worse."

"It doesn’t make sure that American workers are put before foreign workers," Grassley said. "It only increases the supply of cheaper foreign labor."

Grassley and nine other senators this month also called for an investigation into the program in light of reports that a California utility replaced U.S. workers with H-1B recipients.

Businesses, meanwhile, reiterated their concerns that not enough American workers have the skills to meet current and future job growth needs.

“Having a lottery to select people seems silly to me if they want to live here and contribute to our economy,” William Dinauer, head of a Minnesota laser company, told the Minneapolis Star Tribune.