At present, China’s Tianhe-2 holds the title of the world’s most powerful computer. 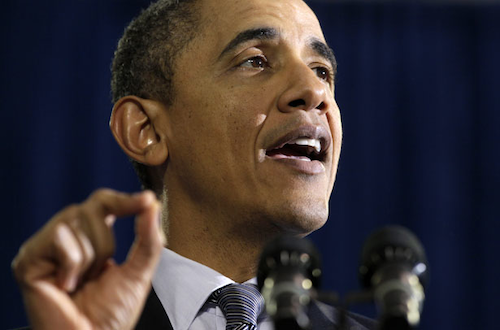 The United States government is working on building an exaflop supercomputer, which could be up to 30 times more powerful than today’s most cutting-edge computers and could exceed China’s achievements to become the world’s most powerful computer.

There are still a lot of challenges to pass before the United States can boast the new, most powerful computer. An exaflop computer is one which can perform at exascale, performing a billion billion (1 x 10^18) calculations per second, and it would need two gigawatts of electricity if it was using CPUs. That’s the amount of energy created by the Hoover Dam, and it’s one of the reasons why the supercomputer probably won’t use CPUs at all. Instead, it will use GPUs, which use many small, efficient computer cores to handle up to 10 times more operations per unit of energy than CPUs could handle.

The U.S. Department of Energy first announced that they were planning to build supercomputers in November of 2014, saying that they would be working on two GPU-powered machines. The NSCI also incorporates work done at the Department of Defense and the National Science Foundation.

As quoted in a White House blog about the announcement, the President’s Council of Advisors and Science Technology has said that high-performance computing “must now assume a broader meaning, encompassing not only flops, but also the ability, for example, to efficiently manipulate vast and rapidly increasing quantities of both numerical and non-numerical data.”

In an article posted on NVIDIA’s blog, Ian Buck wrote that a supercomputer of this magnitude could be able to give doctors new looks into the complex workings of the human brain, or to allow for analysis that leads to more personalized medicine through the processing of genomic data and DNA sequencing. Both the White House’s Precision Medicine Initiative and the European Commission’s Human Brain Project are working on using supercomputers for medical purposes.

The president’s push for a faster supercomputer is part of an effort to put the U.S. first when it comes to computing. It’s facing competition from China and other nations, which also aspire to create an exascale computer.

At present, China’s Tianhe-2 holds the title of the world’s most powerful computer.

The Oak Ridge National Laboratory is also working on a computer called Summit, which is expected to be 150 pentaflops, or three times the speed of the Tianhe-2. NVIDIA’s NVLink will be used in some of these to help CPUs and GPUs communicate at speeds five to 12 times faster than what is currently possible.