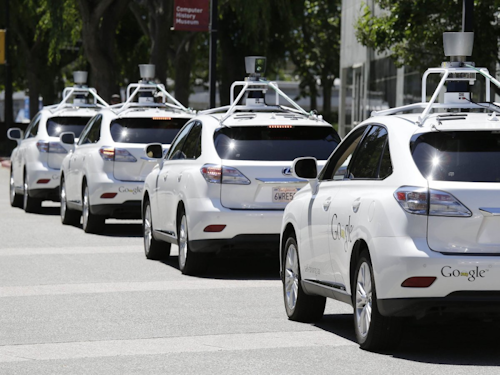 The information would then be uploaded to the Cloud in real time, which would alert both drivers — rerouting them around the areas in question — and transportation authorities, who could more easily identify problems and more efficiently repair them.

The patent filing doesn't mean that Google is ready to go ahead with the technology, but it seems likely given the tech giant's work with self-driving cars.