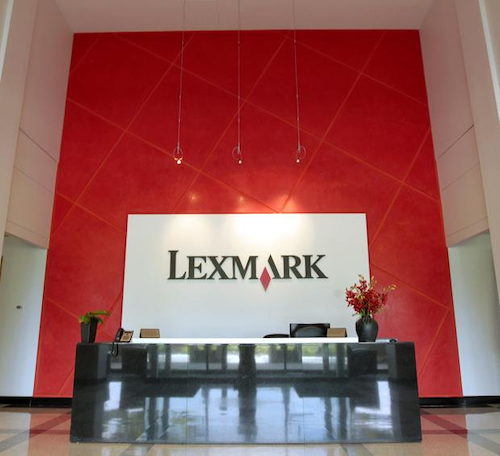 The deal values Kofax at $11 per share. That's a 47 percent premium to the stock's Tuesday closing price of $7.50.

Lexmark says the purchase nearly doubles the size of its enterprise software business, giving that unit about $700 million in annual revenue. Lexmark, based in Lexington, Kentucky, had $3.7 billion in adjusted revenue in its latest fiscal year, while Kofax of Irvine, California, reported $297 million in revenue.

Lexmark announced in 2012 that it would exit its inkjet business in response to shrinking sales. The next year it sold its remaining inkjet assets to Funai, a Japanese technology company.

The companies expect the purchase to close during the second quarter, assuming approval from shareholders and regulators. They say Kofax's board supports the sale, and shareholders who own about 25 percent of Kofax stock will vote in favor of the deal as well.