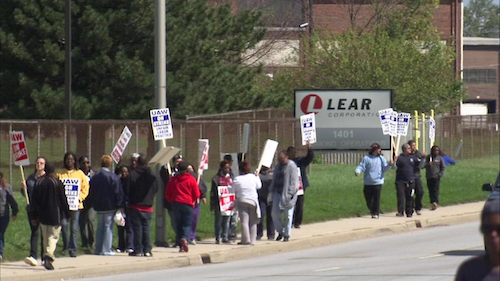 The workers are striking for reduced out-of-pocket health expenses, improved safety measures, and to push back against company non-union sub-contracting. USW communicated to its members that the employers’ offer shows “minimal movement,” and awaits data it has requested from Shell.

Shell confirmed to Bloomberg that talks are in recess until Monday, making this a week since the strike began.

The strike affects nine plants, which represent around 10 percent of U.S. refining capacity. Only one plant has shut down during the strike, the Tesoro refinery, where planned maintenance had already closed down half the output.

Companies had prepared for the strike by training managers and setting up trailers for non-union replacement workers. The other eight refineries have so far continued operations using these workers.

This now-weeklong strike is the first walkout by U.S. oil workers since a 3-month strike in 1980. If USW bargaining units representing workers at 200 U.S. refineries, fuel terminals, pipelines and chemical plants join the strike, it could put up to 64 percent of U.S. fuel refining capacity in jeopardy.