Electric-car maker Tesla Motors is denying reports that construction has been delayed on its gigafactory about 15 miles east of Reno. 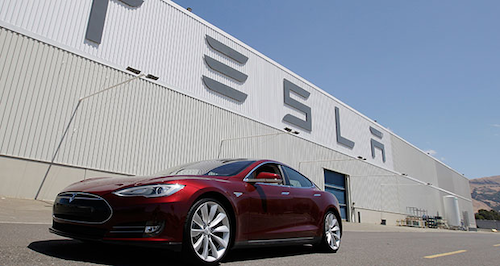 RENO, Nev. (AP) — Electric-car maker Tesla Motors is denying reports that construction has been delayed on its gigafactory about 15 miles east of Reno.

The International Brotherhood of Electrical Workers (IBEW), in an online job posting, says the project has been delayed at this time.

The Reno Gazette-Journal reports the delay is attributed to a change in design plans for the giant $5 billion factory that will produce lithium batteries for Tesla cars.

But Tesla spokeswoman Alexis Georgeson denies there's a delay, saying the company's plans are on schedule.

A representative of IBEW Local 401 declined comment, citing a non-disclosure agreement with Tesla.

Tesla CEO Elon Musk in September declared Nevada the winner of a high-stakes battle for the factory, which will mass-produce cheaper batteries for its next line of more-affordable electric cars.