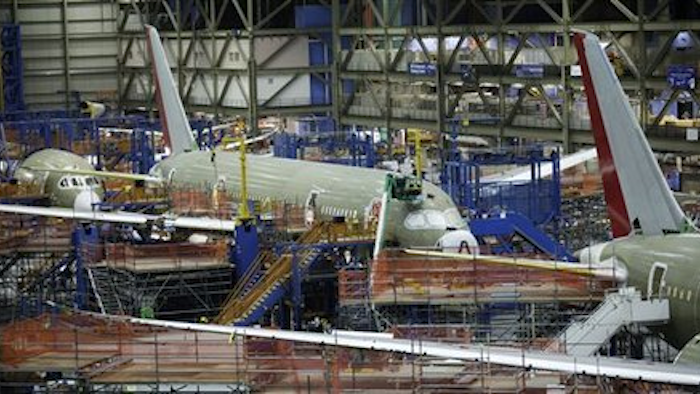 The union, which represents the aerospace giant's workers in Washington state, originally scheduled a vote for April 22 on whether IAM should represent 2,500 Boeing employees in North Charleston.

IAM organizers secured authorization cards from 30 percent of the potential union members last month, which triggered the election process. Garnering the support of a majority of the workforce, however, proved considerably more challenging.

Boeing officials came out strongly against the union vote, and the company is running TV, radio, print and web ads opposing the IAM. Reuters reported that many workers built the 787 Dreamliner while wearing shirts that read, "No Union."

"When you take out the artificial boundary that’s 'I’m union and you’re not,' you’re going to get a better collaboration," Beverly Wyse of Boeing South Carolina told The Post and Courier.

IAM officials, however, said the unionization campaign would continue even if it decides to hold off on a vote. Postponing the vote would allow the union to call for another election after six months, while a loss next week would prohibit another election for 12 months.

Union organizers are reportedly going door-to-door to gauge support among Boeing workers; a decision about withdrawing IAM’s election petition could be made at any time prior to the vote.

Although Boeing workers in Washington state long supported union representation, South Carolina has one of the nation's lowest rates of union membership — and top elected officials hope to keep it that way.

"We discourage any companies that have unions from wanting to come to South Carolina because we don't want to taint the water," Gov. Nikki Haley said in February.

The IAM efforts also come amid sliding union membership nationwide, but some in South Carolina said dire predictions from the company and politicians were overblown.

"One thing you learn about union organizing is that when you bring a union into a company, the dust settles,” said Rep. Wendell Gilliard, a Charleston Democrat and former union president. "Everybody gets along.”