STEM Salaries Fall for Second Quarter in a Row

Engineering wages fell by 0.1 percent, compared to the national 12-month percentage change in the United States of 0.3 percent. 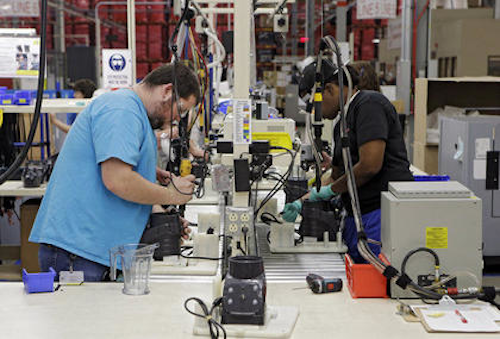 Salaries in STEM careers are on the decline, according to a report by compensation software provider PayScale’s PayScale Index.

Read more: How Do We Keep More Students in STEM?

PayScale tracks wages across industries, showing change over time and in which industries wages have fallen or risen. Wages in STEM jobs have fallen in both Q1 and Q2 of this year, according to the Q2 report. Jobs in science and biotechnology tied with legal jobs for the worst quarterly growth, with wages falling by 1.1 percent. IT jobs also suffered, with wages falling by 0.4 percent.

Engineering wages fell by 0.1 percent. For comparison, the national 12-month percentage change in the United States was 0.3 percent, with Canada having a national wage change of 0.4 percent.

IT and Engineering jobs still lag just behind health care for top wage growth since 2006, with 10.3 and 10.8 percent respectively.

The decrease in wages is affecting metro areas with a high population of STEM workers. Cities such as San Francisco, Boston, and Seattle saw smaller-than-usual upticks in average wages – 0.2 percent in those particular cities. San Diego, which a large number of biotech workers call home, saw a decrease of -0.6 percent in the second quarter.

The study notes that examining STEM jobs for wage trends can be difficult due to the extreme compartmentalization of some of the specialized careers. “It all comes down to the skills one has and if those specific skills are in demand in today’s labor market, which is fluid and ever-changing. Therefore, when looking at broad trends for IT jobs, for example, you aren’t getting at the nuances that a C# developer is less in demand than developers fluent in more in-demand skills (e.g. Hadoop, React, etc.)”

Wages in the mining and oil and gas industries are rising slowly, growing by 1.1 percent in Q2. These, though, will be affected by the barrel price of oil, which is still below last year’s prices ($59.96 compared to $106.95). Wages in Houston, a city dominated by the oil industry, have dipped 0.9 percent from Q1 and 0.1 percent over the year.

Quarterly wage growth was down or remained the same across the board, with annual wage growth ranging from about 2 percent to about -2 percent. Installation, maintenance, and repairs jobs saw the most growth at almost 2 percent, while the utilities industry hit -2 percent.

Overall, consumers are spending more money than before – personal spending increased more in May than it has since August 2009, and the arts, entertainment, and recreation industry is reaping the benefits from customers who are switching from savings to spending mode.