Contract talks between Fiat Chrysler and the United Auto Workers union continued early Tuesday morning after both sides extended their current contract on an hour-by-hour basis. 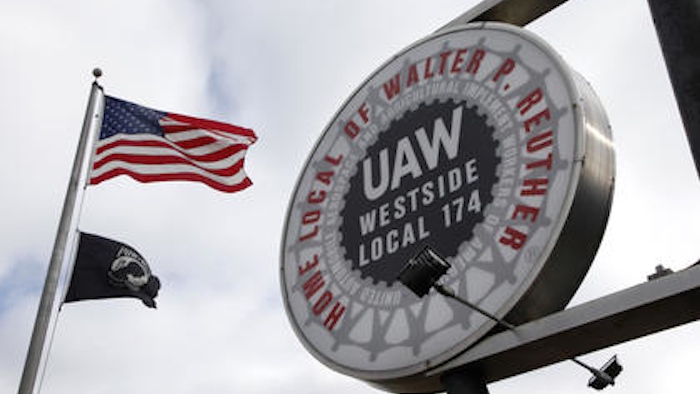 The contract officially expired at 11:59 p.m. EDT Monday, but shortly after that, FCA and the UAW said they would extend it as both sides continue bargaining on a new four-year agreement. Earlier Monday, Ford and General Motors extended their contracts with the UAW indefinitely.

FCA CEO Sergio Marchionne canceled plans to attend the Frankfurt International Motor Show in Germany and instead stayed in the U.S., a strong sign that a deal was near.

The UAW announced Sunday that it had picked Fiat Chrysler as its target company in the contract talks. That means a deal with FCA could set a general pattern for contracts at GM and Ford. FCA could also be hit with a strike if negotiations stall, although workers at several FCA factories said Monday they had not been told of any strike plans.

Kristin Dziczek, director of the industry and labor group at the Michigan-based Center for Automotive Research, said union members can expect some financial gains in this contract, since all three companies are healthy and profitable. But they have to be careful, since automakers can move their operations to lower-cost countries such as Mexico if their U.S. labor costs get too high.

The union wants hourly pay raises for longtime workers who haven't had one in a decade. It also wants to close the wage gap for entry-level workers, who start at about half the $29 hourly wage of veteran employees. The wage gap benefits FCA the most, since 45 percent of its hourly workers make entry-level wages. Only around 20 percent of workers at Ford and GM make the lower wage.

Marchionne has been outspoken about wanting to eliminate the wage gap. But he has indicated the top wages should come down in favor of fatter profit-sharing checks. All three companies also want to stick with profit-sharing instead of increasing hourly labor costs. Over the past four years, FCA workers have gotten annual profit-sharing checks totaling $9,000 per worker.