ConAgra is cutting about 1,500 jobs, or approximately 30 percent of its global, office-based workforce, and moving its headquarters to Chicago from Omaha, Nebraska, the company said Thursday. 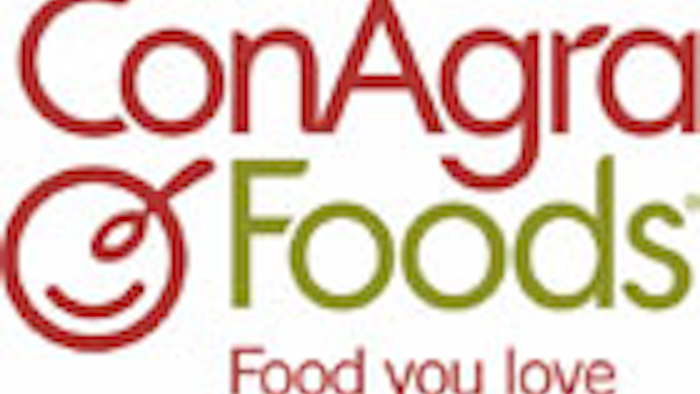 OMAHA, Neb. (AP) — ConAgra is cutting about 1,500 jobs, or approximately 30 percent of its global, office-based workforce, and moving its headquarters to Chicago from Omaha, Nebraska, the company said Thursday.

The company has around 3,000 employees at its headquarters in Omaha, in Lincoln and across the Missouri River in Council Bluffs, Iowa.

The company, whose products include Chef Boyardee, Slim Jim and Hebrew National hot dogs, said the job cuts exclude plant positions and do not include any impact from the planned sale of its private label operations. It anticipates about $345 million in one-time charges over the next two to three years related to the restructuring.

The changes should create about $200 million in cost savings, with more than half of that realized by the end of fiscal 2017, according to ConAgra Foods. The balance should be achieved in the following year. The company said the savings are in addition to approximately $150 million in cost cuts over the last two years. It anticipates the plans giving a "modest benefit" to fiscal 2016 earnings.

ConAgra reported a first-quarter loss of $1.2 billion last month. The company has been pressured by a major stockholder, Jana Partners, which says ConAgra's results have been disappointing since it bought Ralcorp. for $5 billion two years ago. ConAgra said in June that it will sell the unit so that it can better focus on improving its own name brands.

The loss of ConAgra's headquarters will be a blow to Omaha, civic and business leaders have said. Gov. Pete Ricketts and Omaha Mayor Jean Stothert had talked to ConAgra executives about incentive packages to remain.