The U.S. led the world in petroleum and natural gas production for a third consecutive year in 2014, according to a new report. 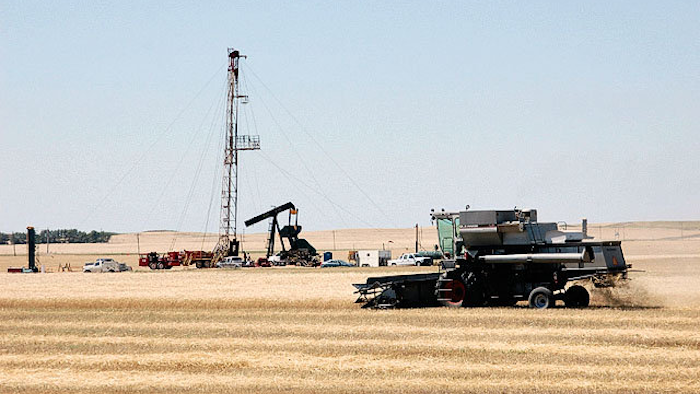 Despite a dramatic slide in the price of crude oil in late 2014, the U.S. increased its petroleum output by 3 quadrillion British thermal units during the year. Since 2008, the country's petroleum production increased by more than 11 quadrillion Btu, a result of hydraulic fracturing operations in shale formations.

While shale oil deposits fueled the U.S. energy boom, particularly in Texas and North Dakota, the country also increased natural gas output by 5 quadrillion Btu since 2009, primarily due to drilling in the eastern U.S.

The world's other large hydrocarbon producers saw only a fraction of that increase in recent years, with largely stagnant levels in 2014.

Russia, the second-largest developer of petroleum and natural gas, saw overall output rise by 3 quadrillion Btu in the last five years. Although Russian petroleum increased in 2014, natural gas suffered due to a relatively warm winter and sluggish economic growth in Europe.

The U.S. tied Russia among the top hydrocarbon-producing nations in 2011 and took over the top spot the following year; last year, the gap between the countries increased to nearly 12 quadrillion Btu.

Saudi Arabia, meanwhile, produced roughly the same amount of hydrocarbons in 2013 and 2014, an increase of 4 quadrillion Btu over the last five years and, as of 2014, roughly half the amount of the U.S.

The Middle Eastern nation, however, heavily favors petroleum, unlike the more even split between petroleum and natural gas in the top two countries. Saudi Arabia led recent efforts by OPEC to maintain oil production levels — despite the price collapse — as part of an effort to protect its global market share.