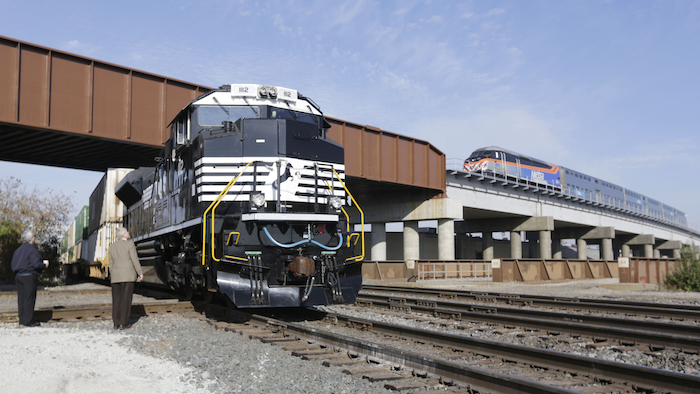 Rail companies currently face a Dec. 31 deadline to implement positive train control, a GPS-based system that can track train movements and automatically slow or stop them from entering dangerous situations.

The requirement was enacted by Congress in 2008, and observers said that the technology could have prevented deadly crashes by both freight and commuter trains in recent years.

Most railroads, however, indicated earlier this year that they would not be ready to implement PTC on time, and federal transportation officials said that the companies could cease carrying some cargo — such as volatile crude oil from fracking — citing safety concerns.

Trade groups, fearing a dramatic impact on the nation's commerce, called on Congress to extend the deadline.

On Monday, transportation committee members from the House and Senate struck a deal to delay the effective date by three years to Dec. 31, 2018.

In addition, railroads could request an additional two-year extension from the Transportation Department if they submitted PTC implementation plans by the new 2018 cap.

Proponents said that lawmakers need to move quickly in order to stave off service interruptions.

"I believe, absent congressional action, we will begin to see the effects of the deadline four to six weeks prior to the Dec. 31 deadline as railroads begin to cycle traffic off their lines," said U.S. Sen. John Thune, R-South Dakota, during a recent hearing.

Critics, however, said that the proposal amounted to a de facto five-year delay in safety upgrades that were first called for decades ago.

"This five-year extension of life-saving technology is way too long, with way too little guarantee that PTC implementation will get done," said Sen. Richard Blumenthal, D-Connecticut.