A U.S. senator is requesting that three federal agencies investigate Lumber Liquidators following a "60 Minutes" report that said the company's laminate flooring made in China may not meet California's health and safety standards. 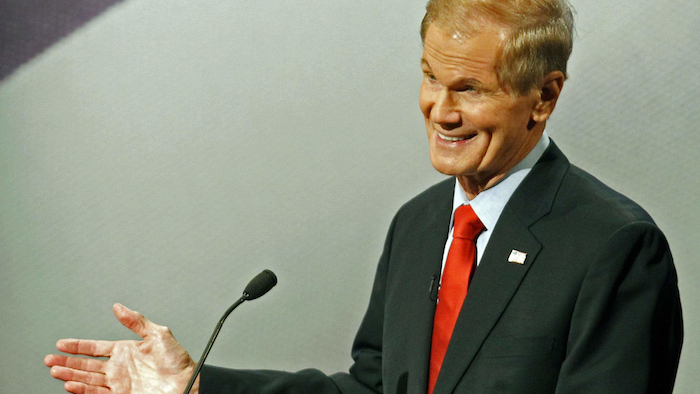 NEW YORK (AP) — A U.S. senator is requesting that three federal agencies investigate Lumber Liquidators following a "60 Minutes" report that said the company's laminate flooring made in China may not meet California's health and safety standards.

The "60 Minutes" report, which aired Sunday on CBS, said that Lumber Liquidators' laminate flooring made in China contains high levels of formaldehyde, a carcinogen. Lumber Liquidators says that it complies with applicable regulations for its products, including California standards for formaldehyde emissions for composite wood products.

U.S. Sen. Bill Nelson, a Florida Democrat, sent a letter Wednesday to the heads of the Consumer Product Safety Commission, the Centers for Disease Control and Prevention and the Federal Trade Commission in which he called for independent testing of the laminate flooring to see if it potentially poses a health risk to the public.

"Because this could affect millions of homeowners, it's imperative we get some answers quickly," Nelson said.

A statement from the Senate Committee on Commerce, Science and Transportation said that the senator — the committee ranking member — also wants to know if Lumber Liquidators made potentially false marketing claims about the flooring's compliance with the California formaldehyde safety standard.

"Lumber Liquidators shares Sen. Bill Nelson's desire for consumer safety," the Toano, Virginia, company said. It added that in that past few years it has been "actively engaged" with the California Air Resources Board and the Environmental Protection Agency.

The company said separately that it withdrew from a Raymond James conference for institutional investors Wednesday. The company said it will provide a business update on March 12.

The stock is down 48 percent since reports of the product-safety concerns surfaced last week.