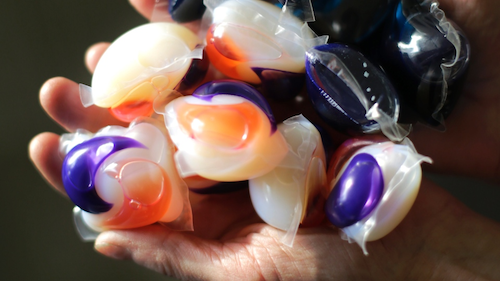 The Detergent Poisoning and Child Safety Act would require the U.S. Consumer Product Safety Commission to implement minimum standards for the increasingly popular detergent pods. They would include requirements that boxes of pods include warning labels and child-proof packaging, as well as altered pod designs and chemical compositions.

A study published last year in the journal Pediatrics reported more than 17,000 children under age 6 were exposed to pods in 2012 and 2013, with nearly three-quarters of those cases affecting children younger than age 3. Of the 17,000 cases, 4.4 percent required hospitalization; researchers confirmed one fatality from exposure to pre-measured detergent.

"Laundry detergent need not be created with packaging that appeals to children in its coloring and design, and the companies that make these detergents can and must do more to include appropriate warning and safety labels for their products," said U.S. Sen. Richard Blumenthal of Connecticut.

Industry group the American Cleaning Institute, in response to the 2014 study, said detergent manufacturers "are very committed to reducing the number of children involved in accidents with these products" and have introduced revised packaging and consumer safety guidelines.