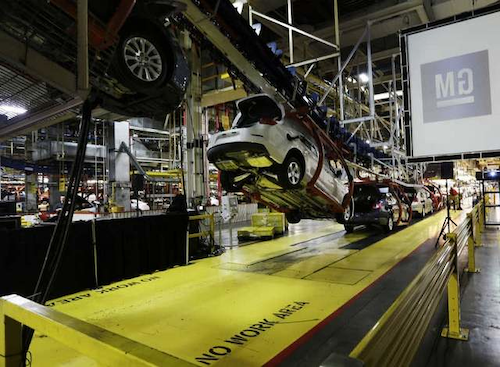 The recall covers cars from the 2013 through 2015 model years. The automaker says the sunroofs can close inadvertently even if the roof-mounted switches are barely touched. The switches can be activated with less force than allowed under federal safety standards.

GM says it doesn't know of any injuries caused by the problem, and it hasn't received any customer complaints.

It's the same problem that caused the recall of about 67,000 Cadillac ATS small sports sedans last month.

Dealers will recalibrate the sunroof to remove the one-touch open-and-close feature in certain switch positions, and will reprogram the control module.

Most of the recalled cars are in the U.S. and Canada.