A New York judge will hear arguments Tuesday in a potentially $1 billion legal fight over control of Chobani Greek yogurt. 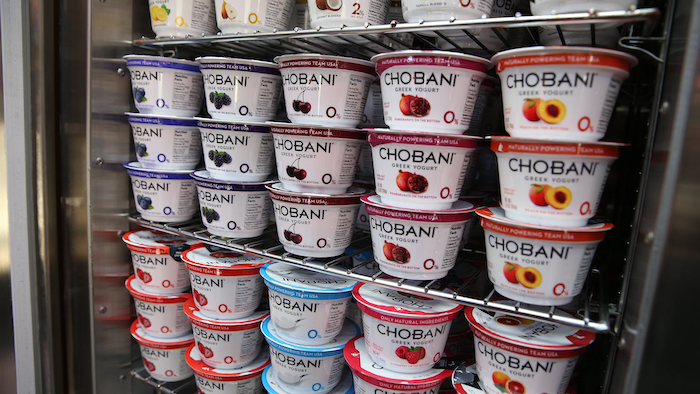 A New York judge will hear arguments Tuesday in a potentially $1 billion legal fight over control of Chobani Greek yogurt.

Ayse Giray originally filed the lawsuit in 2012, which alleged her ex-husband Hamdi Ulukaya used the feta cheese business they co-owned to launch Chobani, which later became the country's largest producer of the distinctive yogurt.

Giray said she contributed hundreds of thousands of dollars — both before and after their 1999 divorce — to finance cheese company Euphrates Inc. She also alleged part of those payments helped Ulukaya obtain a U.S. Small Business Administration loan and purchase a shuttered dairy plant in upstate New York, which then became Chobani.

Giray is reportedly seeking at least $535 million in damages and more than $1 billion on behalf of Euphrates, along with up to 53 percent of Chobani, which had 2014 sales of $1.3 billion.

Ulukaya countered that he purchased the dairy plant some six years after the couple's split and argued Giray did not have proper documentation of her investment in Euphrates. He also alleged the lawsuit is prohibited due to New York's six-year statute of limitations.

“This case is an opportunistic effort to extract a piece of a lucrative business she had no part in building or, put more simply, a shakedown,” Ulukaya said in a court filing last year.

The first part of the case, set for Tuesday, involves whether Giray co-owned the cheese company; if not, Ulukaya’s attorneys say the rest of the case should be tossed out.

Should Giray succeed, however, observers said it could throw wrench in Ulukaya's plans for a potential initial public offering.