Federal regulators said the use of important antibiotics in poultry, livestock and other farm animals increased sharply in recent years amid rising concerns about drug-resistant bacteria. 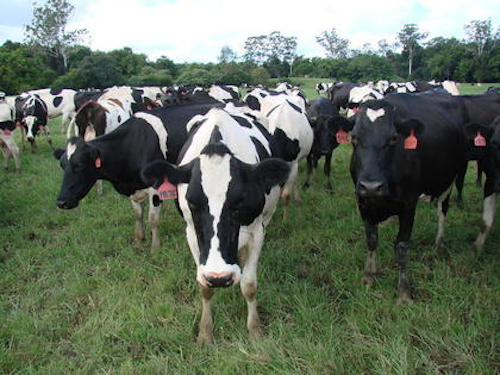 Federal regulators said the use of important antibiotics in poultry, livestock and other farm animals increased sharply in recent years amid rising concerns about drug-resistant bacteria.

The statistics prompted calls from public health advocates for federal officials to rein in antibiotic use, while meat industry officials downplayed the findings.

Producers can use antibiotics to promote faster growth in animals or to prevent disease, but critics believe the practice helps create bacteria that resist those drugs.

The Centers for Disease Control and Prevention estimates antibiotic-resistant bacteria contribute to 2 million illnesses and 23,000 deaths annually in the U.S. alone. The White House recently unveiled a proposal aimed at slowing and containing such infections.

"Giving antibiotics to animals routinely is like giving antibiotics to your kids before they head off to day care when what they really should be doing is washing their hands," Avinash Kar of the Natural Resources Defense Council told The Wall Street Journal.

The North American Meat Institute, however, countered that the FDA report doesn't specify how or why the antibiotics were used during that span.

"It is hard to glean much information about what the report means as far as the key issue of antibiotic resistance is concerned," Betsy Booren, NAMI vice president of scientific affairs, said.

The U.S. Department of Agriculture expects to begin collecting additional data on farms' antibiotic use once funding is approved.

Meanwhile, consumer concerns appear to be forcing the hand of some companies on the issue. McDonald's and Chick-fil-A will cease selling chicken raised with antibiotics, while retail giant Costco is working toward a similar step. Chicken producers Tyson and Perdue will also reduce or eliminate antibiotic use on farms and hatcheries.