The nation's largest tobacco companies are suing the FDA over recent guidelines that they claim overstep the agency's authority over packaging for cigarettes and other tobacco products. 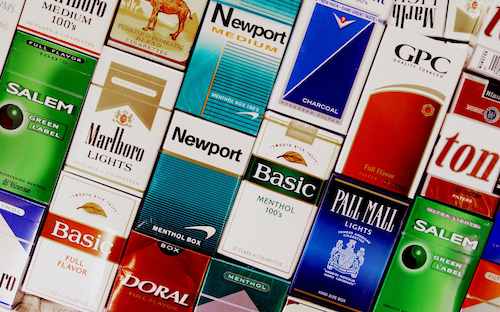 WASHINGTON (AP) — The nation's largest tobacco companies are suing the Food and Drug Administration over recent guidelines that they claim overstep the agency's authority over packaging for cigarettes and other tobacco products.

Units of R.J. Reynolds Tobacco, Altria Group Inc. and Lorillard Tobacco filed the lawsuit Tuesday in the U.S. District Court for the District of Columbia, claiming the FDA's guidance infringes on their commercial speech.

The FDA gained authority to regulate tobacco in 2009, including the power to pre-review new tobacco products that are significantly different from older ones already on the market.

But the tobacco makers allege that the FDA is asserting overly-broad authority to approve or deny any labeling change that would make a product "distinct."

The company lawsuit argues that the FDA only has prior review of tobacco labels claiming a "modified risk," or that they are less harmful than other tobacco products.

The FDA said in a statement it does not comment on litigation.

The agency issued a draft version of the guidelines in September 2011 and took comments from industry and the public on the proposal.

In an explanation accompanying the final guidelines issued last month, the FDA said that some labeling changes effectively create a new product "if consumers are likely to perceive it as 'new' by virtue of the different label." Regulators listed examples such as changing a product's logo, packaging color or adding descriptive marketing language.

The U.S. tobacco industry has repeatedly challenged FDA authority in court since Congress passed the Tobacco Control Act of 2009.

In 2011, some of the industry's largest companies sued the FDA to block an order that would have required cigarette packages to carry large, graphic warning labels illustrating the dangers of smoking. But an appeals court decision ruled that the labels violated the First Amendment's free speech protections and the government abandoned the plan in 2013.

Tobacco companies rely on their packaging to build brand loyalty and grab consumers. It's one of few advertising levers left to them after the government curbed their presence in magazines, billboards and TV.