Nissan is adding 45,000 small cars to a previous recall after a Louisiana woman was injured by flying shrapnel from an exploding airbag. 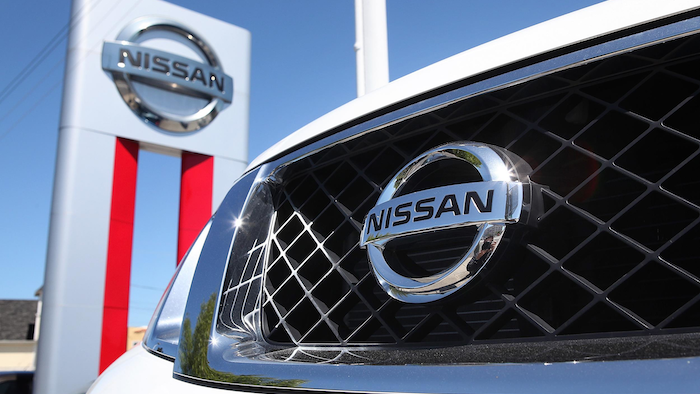 DETROIT (AP) — Nissan is adding 45,000 small cars to a previous recall after a Louisiana woman was injured by flying shrapnel from an exploding airbag.

The woman's lawyer says that Sabra Wilson's 2006 Nissan Sentra was not part of any recall, yet she suffered burns, cuts and hearing problems when the passenger airbag made by Takata Corp. spewed metal shrapnel after a minor crash in March near New Orleans.

The incident also raises questions about whether other cars with Takata airbags should be recalled, her lawyer, Kevin Dean, said in a statement.

The recall expansion covers Sentra compacts from the 2004 through 2006 model years in high-humidity states mainly along the U.S. Gulf Coast. Nissan spokesman Steve Yaeger said the cars were added when Nissan found out about Wilson's injury while analyzing field data.

"Certainly it was a concern to us, and we've moved pretty quickly to expand it," Yaeger said Thursday.

In November, Nissan recalled more than 52,000 vehicles to fix potentially faulty passenger airbag inflator mechanisms made by Takata. The recall included several Infiniti and Nissan models, including some 2004 to 2006 Sentras. The cars added to the recall weren't part of the previous one, Yaeger said.

Nissan planned to notify the National Highway Traffic Safety Administration of the expansion on Thursday, he said.

The recalled vehicles were sold or registered in 12 high-humidity states and territories including Alabama, Florida, Georgia, Hawaii, Louisiana, Mississippi and Texas and the territories of Puerto Rico, the U.S. Virgin Islands, Saipan, Guam and American Samoa. The humidity can cause the airbag propellant to burn too fast and potentially blow apart metal canisters designed to hold them. The problem has been linked to six deaths and dozens of injuries.

So far, 10 different automakers have recalled over 17 million cars and trucks in the U.S. and 22 million worldwide because of the airbag problem. There could be as many as 30 million vehicles with Takata airbags across the U.S.

Wilson's lawyer Dean said the recalls aren't working and that the truth isn't being told about the number of vehicles involved in the Takata problem.

"Sabra's injuries should compel Takata and the automakers to investigate every vehicle on the road and determine whether or not they are safe," he said.

In the past NHTSA has said it sought the recalls based on data showing where inflators have ruptured when airbags were deployed in crashes.