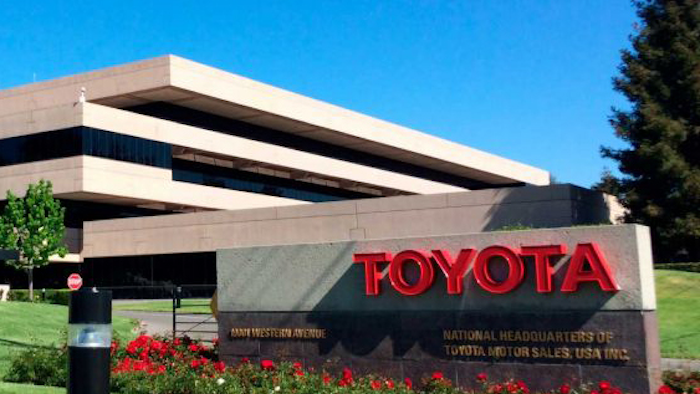 The National Highway Traffic Safety Administration, in documents posted on its website Saturday, said it put over 2,000 miles on a 2010 Corolla owned by Bob Ruginis, of Bristol, Rhode Island. But the agency's Ohio test lab could not find any problems with the throttle or transmission systems. The lab also found that the brakes could keep the car stationary even at full throttle.

The decision is a victory for Toyota, which has been dogged by complaints of unwanted acceleration since 2009. The complaints brought investigations and recalls totaling 10 million vehicles, as well as multiple lawsuits and a $1.2 billion penalty for hiding information from NHTSA.

Most of the recalls were for faulty brakes, sticky gas pedals and floor mats that could trap the accelerator. But allegations of problems with its electronic throttle controls lingered.

Ruginis, an engineer who specializes in consumer electronics, petitioned the agency in September of last year seeking an investigation of nearly 1.7 million 2006-2010 Corollas. He alleged that the Corolla driven by his wife, Kathy, surged at low speeds several times, and a Toyota dealer couldn't find the cause.

In June of 2014, the Corolla surged as Kathy Ruginis was making a slow right turn into a street parking space in Bristol, and it crashed into an unoccupied Jeep, Bob Ruginis said. The brakes, he said, failed to stop the car in time to prevent a crash. No one was hurt. He said the car's event-data recorder showed the gas pedal was in the idle position when the car crashed, yet the speed at impact was 7.5 miles per hour.

But NHTSA said the recorder showed the brakes didn't come on until immediately after impact, and that even though the data recorder didn't show it, it was possible that the gas pedal had been depressed. Testing showed that short and rapid pressing of the gas pedal may not be recorded, the agency said.

"Vehicle testing demonstrated that acceleration would not occur if the brake pedal had been applied with any meaningful force," NHTSA's investigators wrote.

Investigators also checked 163 similar unwanted acceleration complaints filed with NHTSA involving Corollas but found that in most cases, drivers pressed the gas instead of the brake, pressed both the gas and brake, or braked too late.

Ruginis also alleged that computer software problems unearthed by an expert witness in an Oklahoma City lawsuit could have caused the Corolla to accelerate unexpectedly. But NHTSA rejected that as well, saying the computer in Ruginis' Corolla was made by a different company from the one in the Oklahoma City case and used different software.

The agency also rejected an assertion by Michael Barr, the expert witness in the case, that Toyota's engine control computer could become overloaded and cause the throttle to stick. Barr said he caused the fault to happen in software testing.

But NHTSA said neither its Ohio research center, nor Toyota, nor the maker of the computer controls has been able to identify conditions needed to cause the fault or reproduce it in vehicle testing.

Ruginis on Saturday said he had not yet evaluated the NHTSA documents, but said the lab tested his Corolla at colder temperatures than the 74 degrees at the time of his wife's crash. Barr also said he was evaluating the documents.

A message was left for two Toyota spokesmen