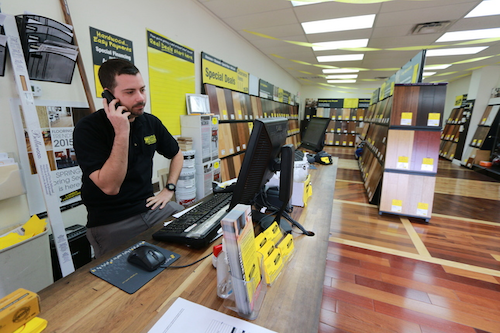 The Associated Press reported that federal prosecutors sought charges under the Lacey Act, a sprawling conservation law dating back more than a century that, in part, bans illegally sourced wood products.

Company officials estimated that the charges could ultimately cost Lumber Liquidators about $10 million. The company added that more than 100 class-action lawsuits are pending over its flooring, and the U.S. Consumer Product Safety Commission also began investigating the company.

The company disputed the test methodology and pledged to offer free air testing supplies to its customers, while subsequent tests by a financial firm found the flooring effectively sealed in formaldehyde emissions.

In addition, Lumber Liquidators said that CFO Dan Terrell will depart in June after nearly nine years with the company.

CEO Robert Lynch said during a conference call that Lumber Liquidators continues to diversify its sourcing of laminate flooring into Europe and North America.