The founder of Alibaba Group defended its stance against counterfeit goods and expressed regret Tuesday that the owner of luxury brands Gucci and Yves Saint Laurent has sued the e-commerce giant. 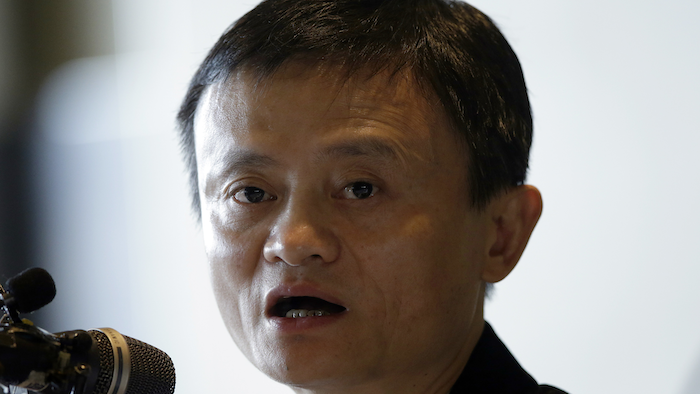 SEOUL, South Korea (AP) — The founder of Alibaba Group defended its stance against counterfeit goods and expressed regret Tuesday that the owner of luxury brands Gucci and Yves Saint Laurent has sued the e-commerce giant.

Speaking at a news conference during a visit to South Korea, Jack Ma said Alibaba cooperates with brand owners to fight counterfeiting and has a large staff dedicated to that.

A lawsuit filed by France's Kering SA on Friday in a U.S. court accuses Alibaba of cooperating with and profiting from sales of counterfeit goods despite its pledges to help stamp out the trade.

"We express regret about the company's choice to sue us and not to cooperate with us to fight against counterfeit goods," said Ma.

Ma complained the lawsuit was "creating internal conflict" rather than cooperation to fight a "common enemy."

Alibaba, the world's biggest e-commerce company by sales volume, has launched a series of initiatives to keep counterfeit goods off its platforms following complaints by trademark owners. The company says it has 2,000 employees dedicated to anti-counterfeiting and consumer protection work and spent 1 billion ($160 million) on that in 2013-14.

China has long been seen as a leading source of counterfeit goods ranging from unlicensed copies of designer clothing and Hollywood movies to fake cancer drugs.

The latest lawsuit accuses Alibaba, headquartered in the eastern Chinese city of Hangzhou, of permitting merchants on its platforms even if they openly say they sell unlicensed copies.

The suit accuses Alibaba of mail fraud and racketeering, including processing payments for goods it knew were counterfeit.

Ma said his company also is talking with Apple Inc. about cooperation in payment systems and possibly other areas.

"At present, we are in the first step in cooperating and negotiating with Apple for payment systems," Ma said. "We also hope both sides could exhibit the willingness to conduct cooperation in more spheres than payment systems."