The U.S. government's highway safety agency has become more aggressive in enforcing auto safety rules and Fiat Chrysler and the industry will have to adjust, the company's CEO said Tuesday. 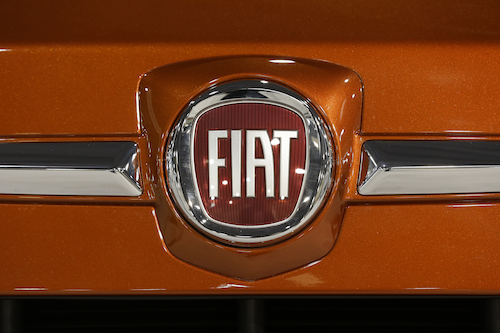 DETROIT (AP) — The U.S. government's highway safety agency has become more aggressive in enforcing auto safety rules and Fiat Chrysler and the industry will have to adjust, the company's CEO said Tuesday.

Sergio Marchionne, who leads the company, told reporters that Fiat Chrysler will cooperate with the National Highway Traffic Safety Administration and answer all of its questions.

The remarks after a speech in Detroit came a day after the agency announced a rare public hearing to determine if Fiat Chrysler failed to properly fix problems in 20 recalls covering more than 10 million vehicles. The agency also ordered the company to answer questions about missteps during the 20 recalls.

Among the recalls is a contentious one covering 1.56 million Jeeps with gas tanks located behind the rear axles that are vulnerable and can be punctured and spill gasoline in a rear-end crash. The agency could order Fiat Chrysler, formally known as FCA US LLC, to buy back or replace vehicles if it finds the company failed to fix defects.

Marchionne said NHTSA's level of enforcement has changed to a new, stricter level that the industry isn't used to. Automakers will have to make a painful adjustment, he said.

"I think we need to work with the agency in a very cooperative and open way to make sure we can meet their requirements for their new stance," he said. "We have no option but to comply with the requirements."

But Marchionne said he wants to make sure the rules are clear and that the agency doesn't "invent safety standards" for older vehicles that didn't exist when they were built.

His conciliatory tone is different from two years ago when Chrysler refused the agency's request to recall 2.7 million older Jeep Grand Cherokees and Libertys with rear-mounted gas tanks.

Eventually the two sides compromised, and Chrysler agreed to install trailer hitches to protect tanks on 1.56 million vehicles. Chrysler has maintained that the Jeeps are as safe as comparable vehicles built at the same time.

Marchionne said a Chrysler representative will testify at the hearing scheduled for July 2.

After enduring harsh criticism from Congress for its slow reaction in a deadly General Motors ignition switch case last year, NHTSA has become more aggressive in seeking fines and recalls from automakers. The agency stepped up enforcement when former National Transportation Safety Board member Mark Rosekind took over as administrator in December.

During a 30-minute question-and-answer session with reporters, he also said:

— Distribution of the new Jeep Renegade subcompact SUV has been delayed by an unspecified computer software issue. Although about 3,000 have been sold, many are being held until the problem can be worked out. Vehicles will start moving to dealers in June.

— There are no takers yet in his push to consolidate with another automaker or at least combine to design and build capital-intensive engines, transmissions and vehicle architectures. Marchionne has been pushing for consolidation to halt what he says is outsized capital spending in the business. He says combining manufacturers is the only way to take full advantage of savings, and working on single projects together won't cure the industry's ills. "Your eyebrow might look better. But if you try to look better all over the place, you need to marry somebody," he said.