A June collision between a Volkswagen SUV and a deer in which a side airbag inflated with too much force has triggered a federal investigation and raised questions about the safety of newer airbags made by Takata Corp. of Japan. 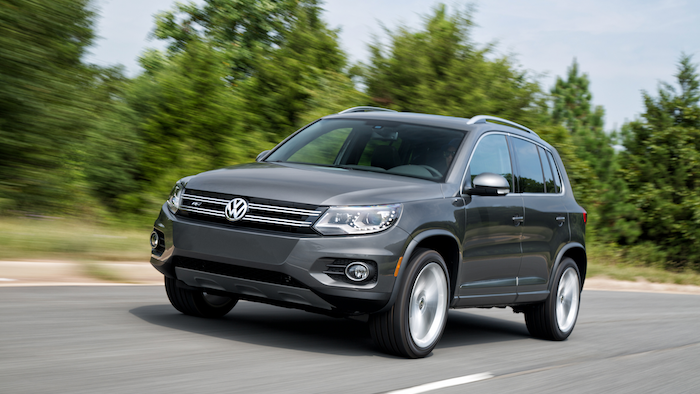 DETROIT (AP) — A June collision between a Volkswagen SUV and a deer in which a side airbag inflated with too much force has triggered a federal investigation and raised questions about the safety of newer airbags made by Takata Corp. of Japan.

In the June 7 crash near St. Louis, the left side airbag inflated in a 2015 VW Tiguan, blowing apart a metal canister. It's the first incident reported in a VW, the first in a side airbag, and the first in the field involving newer versions of Takata airbags. Previously Takata has said the problem was limited to older designs in front and passenger airbags.

Volkswagen told the National Highway Traffic Safety Administration about the crash on July 15, and the agency began investigating. Last week it sent orders to Takata and VW seeking information on the crash and airbag tests. Both have until Aug. 24 to reply.

The investigation calls into question whether all airbag systems made with ammonium nitrate, the chemical that Takata uses as a propellant to inflate its bags, should be recalled, said Karl Brauer, senior auto industry analyst for Kelley Blue Book. Although the Tiguan problem could be an isolated manufacturing problem, Brauer says with Takata's history, it's possible that more recalls involving more vehicle brands are coming.

"It's a scary thing," Brauer said. "Are we still seeing the tip of the iceberg here?"

Takata and VW said they are cooperating in the investigation, and Takata said it doesn't believe the Tiguan case is related to any previous incidents.

In May, Takata bowed to U.S. government pressure and agreed to double the number of airbag inflators it's recalling to 33.8 million, making it the largest automotive recall in U.S. history. The problem, which has persisted for more than a decade, has brought congressional hearings and investigations from NHTSA and the Justice Department. Worldwide, 11 automakers have recalled about 57.5 million vehicles with Takata airbags.

At least eight deaths and more than 100 injuries have been attributed to the airbag inflator ruptures.

VW spokesman Mark Gillies said the company is working with NHTSA and Takata to better understand the situation. The Tiguan driver did not seek medical attention, although Gillies did not know if he was cut by flying shrapnel from the inflator. Gillies said there have been no other incidents of airbag inflators rupturing in VW vehicles. He said he didn't know how many other VW vehicles have Takata airbags or for how long the company has used Takata airbags.

"While we are still investigating the cause of this malfunction, we believe it is unrelated to the previous recalls, which the extensive data suggests were a result of aging and long-term exposure to heat and high humidity," Takata's statement said.

Takata uses ammonium nitrate to create a small explosion and quickly inflate airbags. But the chemical can become unstable when exposed to airborne moisture, burning too fast and blowing apart a metal canister designed to contain the explosion. Takata says most of the problems have happened in areas with high humidity, mainly along the U.S. Gulf Coast.

Of the vehicles under recall for Takata airbag problems, the newest are from the 2011 model year.