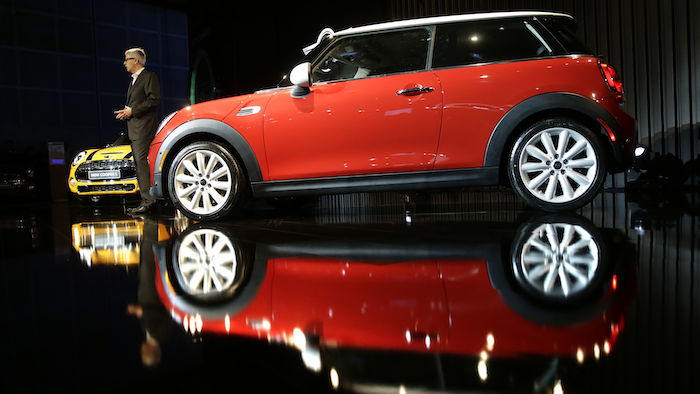 DETROIT (AP) — BMW may be the next automaker in the sights of U.S. safety regulators.

The agency said in paperwork posted on its website Monday that government crash tests found that a 2014 Mini Two-Door Hardtop Cooper didn't adequately protect a female dummy in side-impact crash tests done in October of last year. Two months later, BMW agreed to a recall and later said it would do a "service campaign" to add padding to the rear side panels of 2015 Two-Door Hardtop Cooper models.

But the campaign was never done, and BMW never told NHTSA that it wasn't, according to the documents.

The agency said it's concerned that BMW knew or should have known about side crash problems and should have taken action sooner. "It appears from a review of NHTSA's databases that BMW may have failed to submit recall communications to NHTSA in a timely manner," the documents said.

A Mini spokeswoman said BMW will "respond to NHTSA as appropriate."

NHTSA has the authority to fine an automaker up to $35 million for failing to act quickly on safety problems or failing to communicate with the agency. Since the start of 2013, Fiat Chrysler, General Motors, Honda, Hyundai, Ford, Toyota and airbag maker Takata all have been fined by the agency.