Bristol-Myers Squibb will pay $14.6 million to settle charges from U.S. regulators that its joint venture in China gave cash and other benefits to government healthcare providers to boost drug sales. 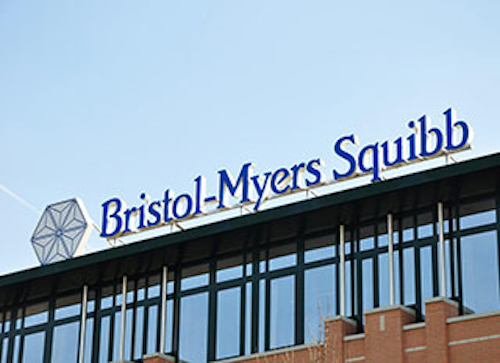 WASHINGTON (AP) — Bristol-Myers Squibb will pay $14.6 million to settle charges from U.S. regulators that its joint venture in China gave cash and other benefits to government healthcare providers to boost drug sales.

The Securities and Exchange Commission announced the settlement of civil charges Monday with the company, one of the largest drugmakers in the world. Bristol-Myers Squibb, based in New York, makes and sells prescription and over-the-counter medicines worldwide.

The SEC says sales personnel at the company's joint venture plied staff at hospitals owned or controlled by the Chinese government with cash, jewelry, meals, travel and entertainment to secure and expand prescription drug business. The agency says the joint venture, of which Bristol-Myers Squibb is majority owner, inaccurately recorded the cash and gifts as legitimate business expenses in its books. The payments allegedly were made between 2009 and 2014.

Bristol-Myers Squibb was the latest multinational drugmaker to be sanctioned for business practices in China. In China's health system, low salaries and strained budgets have driven doctors, nurses and hospital administrators to make ends meet by accepting money from patients, drug suppliers and others.

Many blame a system in which China's hospitals are nearly all state-run but get too little money from Beijing. Most of the country's doctors are hospital employees and are barred from adding to their income by taking on second jobs.

The ruling Communist Party has promised higher health spending as part of efforts to spread more of China's prosperity to its poor majority. But with a population of 1.3 billion, the cost of a full-scale overhaul is daunting.

Eli Lilly & Co. agreed to pay $29.4 million in 2012 to resolve SEC allegations of corrupt business practices by its overseas partners in China, Brazil, Poland and Russia. Also in 2012, Pfizer Inc. agreed to pay $60 million to settle SEC allegations that its employees bribed doctors and other health care personnel in China as well as Italy, Russia, Croatia and other Eastern European countries.

In the latest settlement, the SEC alleged that Bristol-Myers Squibb failed to take action in response to red flags indicating the payment of bribes by sales staff in the joint venture, including notations in internal audits of the Chinese joint venture.

The drugmaker neither admitted nor denied wrongdoing in the settlement of alleged violations of the Foreign Corrupt Practices Act. The law prohibits bribery of foreign government officials or company executives to secure or retain business.

The company is returning $11.4 million in profits plus $500,000 in interest and paying a $2.75 million civil penalty. It also agreed to report to the SEC for two years on its progress in improving compliance with the anti-bribery law.

"We have resolved this matter with the United States Securities and Exchange Commission, and are committed to the highest standards of business integrity, vigilance and ethics across our organization," Bristol-Myers Squibb said in a statement.