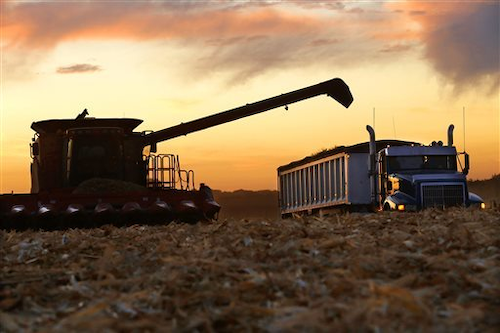 Reuters reports that the U.S. Department of Agriculture's Animal and Plant Health Inspection Service found that MON 87411 maize did not pose a significant threat to agriculture, other plants or the environment and signed off on the crop.

Monsanto designs crop seeds to resist RoundUp — whose active ingredient is glyphosate — when it is applied to farm fields as a weed killer.

The herbicide, however, is under fire after international health authorities ruled earlier this year that it could cause cancer. Monsanto, which faces lawsuits over the link between glyphosate and cancer, strongly objected to the classification by the World Health Organization's cancer research arm.

In addition, as the use of glyphosate skyrocketed in recent decades, more and more weeds evolved to resist the chemical.

Monsanto hopes to launch products featuring MON 87411 by the end of the decade, but the modified crop still needs approval from the Food and Drug Administration, Environmental Protection Agency and regulators abroad.

Reuters reported that clearing the EPA, in particular, could be complicated by an advisory panel's concerns about GMO crops' impact on pollinators.

The USDA panel, meanwhile, also extended its review of genetically engineered corn from Swiss company Syngenta amid concerns over chemical resistance among weeds.