Facing pressure to pep up a cooling economy, Chinese leaders met Monday to craft a new long-range blueprint to guide development through the end of this decade. 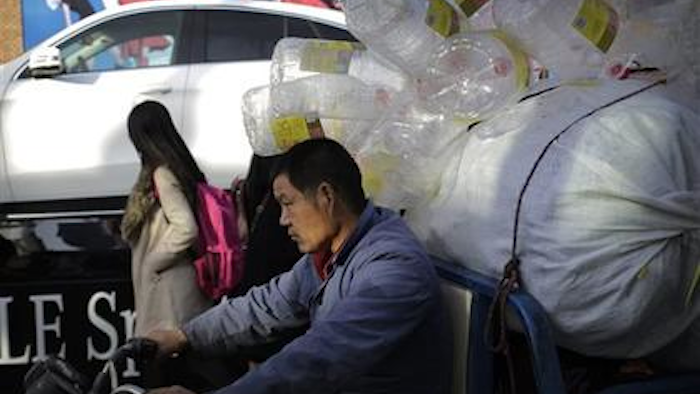 Facing pressure to pep up a cooling economy, Chinese leaders met Monday to craft a new long-range blueprint to guide development through the end of this decade.

The Communist Party's five-year plan is a throwback to the era of central planning but still plays a key role, allowing the ruling party to highlight its goals and policy shifts.

Party leaders are expected to use the 2016-2020 plan to renew their commitment to a marathon effort to shift China from reliance on trade and investment to more self-sustaining growth driven by domestic consumption.

The urgency for change has increased following a deeper-than-expected decline in economic growth and this year's boom and bust in stock prices, analysts say.

"It is probably the most difficult five-year planning in history, because the multi-layer pressure generated by transforming the economy and at the same time maintaining growth has risen sharply," said economist Liu Yuanchun, director of the National Academy of Development and Strategy at Renmin University in Beijing.

Economic growth slowed to a six-year low of 6.9 percent in the latest quarter, fueling concern about a possible rise in job losses and social tension. Some analysts say official figures overstate growth and the true rate might be as low as 4 percent.

Communist leaders say they will accept growth below their official target of "about 7 percent" so long as the economy generates enough new jobs.

"We never said we would defend a certain point to the death, but instead let the economy run within a reasonable range," said the top economic official, Premier Li Keqiang, at a weekend gathering of officials, according to a summary on the Cabinet's website.

Bank of America and other forecasters say they expect the 2016-2020 plan to lower the official growth target to 6.5 percent or less.

Analysts also expect the upcoming plan to increase the ruling party's focus on environmental and social goals including raising household incomes and encouraging more use of renewable energy.

Reform advocates say the party needs to move faster on carrying out pledges to give entrepreneurs and market forces a bigger role. That will require cutting back the monopolies and other privileges of state companies that dominate industries from oil to banking to telecoms.

An outline for state industry reform issued in September promises to make government companies more efficient by forcing them to face more free-market competition while retaining the party's dominance in the economy.

But rather than reducing the party's role, that plan says Beijing will "strengthen party leadership" of state companies.

Reform advocates criticized the September plan as inadequate because it fails to address issues including curtailing monopolies and access to low-cost credit, land and other resources.