A conservation group reports that nearly half of the salmon collected from U.S. grocery stores and restaurants during the winter months was mislabeled. 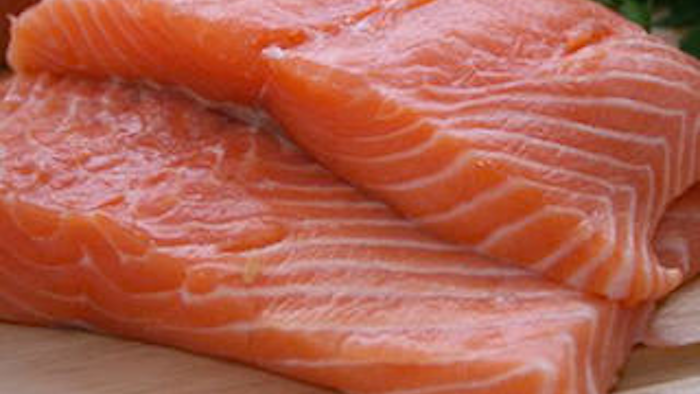 A conservation group reports that nearly half of the salmon collected from U.S. grocery stores and restaurants during the winter months was mislabeled.

The study by Oceana analyzed 82 samples of salmon gathered during the winter of 2013-2014 and found that 43 percent weren't accurately labeled.

"This type of seafood fraud can have serious ecological and economic consequences," said Oceana's Beth Lowell. "Not only are consumers getting ripped off, but responsible U.S. fishermen are being cheated when fraudulent products lower the price for their hard-won catch."

A previous study by the same group found 7 percent mislabeling among samples taken during the peak of the 2012 commercial salmon fishing season. In winter, however, wild-caught salmon is harder to come by and consumers are far more likely to eat mislabeled fish.

Diners in restaurants were far more likely to eat mislabeled fish than those purchasing salmon from grocery stores, particularly in large grocery chains that are required to disclose additional information about their seafood.

Oceana officials called for lawmakers to enact legislation to track seafood from fisheries to consumers. They argued that although U.S. fisherman catch enough salmon to meet 80 percent of domestic demand, most of that harvest is exported.

"Without traceability, it is nearly impossible to follow the fish from the farm or fishing boat to the dinner plate," said report author Kimberly Warner. "What we end up eating is mostly cheaper, imported farmed salmon, sometimes masquerading as U.S. wild-caught fish.”