Apple, IBM and Japanese insurance and bank holding company Japan Post have formed a partnership to improve the lives of elderly people in the country. 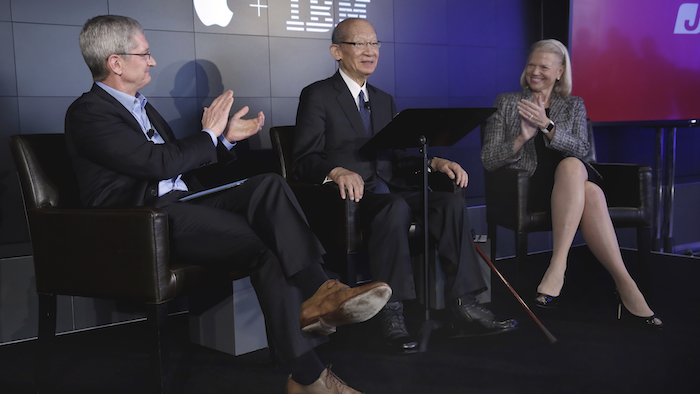 NEW YORK (AP) — Apple, IBM and Japanese insurance and bank holding company Japan Post have formed a partnership to improve the lives of elderly people in the country.

The companies say they hope other countries will follow suit as the world's population ages. About a quarter of Japan's population, or more than 33 million people, is over 65, the companies said citing data from Japan's health ministry.

Cook said Apple strives to make its products accessible and easy to use, and noted that a many of the company's recent products have focused on health. Its HealthKit system, for example, lets users share health information such as heart rate or weight with various phone apps to get a more complete picture of the user's health and fitness level.

Apple Inc. and IBM formed a partnership last year to create mobile apps for a broad range of industries. This has led to the creation of 22 apps so far.