Why U.S. Economic Growth Has Disappointed This Year

Like an underachieving student, the U.S. economy isn't living up to the high hopes it began the year with. 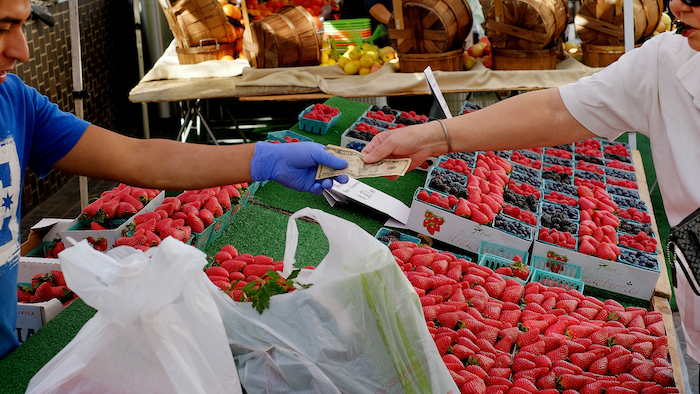 WASHINGTON (AP) — Like an underachieving student, the U.S. economy isn't living up to the high hopes it began the year with.

Consumers have been uncharacteristically frugal, even as the country added jobs and a sharp drop in gas prices over the past year left them more money to spend. Meanwhile, drilling companies reeling from cheaper oil have slashed spending much more rapidly than anyone expected.

A host of other, mostly temporary, factors have also weighed on growth. Harsh winter weather kept shoppers at home, and a labor dispute at West Coast ports slowed exports.

Yet hope is still alive for the second half of the year amid signs that the economy could regain lost momentum.

Employers are holding onto their existing workers, keeping layoffs at rock bottom, and adding staff — evidence that their outlook remains positive.

In a report Thursday, the government said applications for unemployment benefits are at the lowest level in 15 years, which means layoffs are low and job security is very high. Employers added 223,000 jobs in April, and the unemployment rate fell to 5.4 percent.

"Companies are implicitly telling us that they believe this is temporary," says Joseph LaVorgna, an economist at Deutsche Bank. "They're looking through the weakness from the ports and the weather."

Indeed, the first half of the year is shaping up to be surprisingly lackluster.

Analysts estimate the economy may expand at an annual rate of just 2 percent in the April-June quarter after barely discernable growth of 0.2 percent in the January-March quarter. Some economists say the government's next revision will likely send the figure into negative territory, possibly as low as minus 1 percent.

That would put growth in the first half of 2015 at a "pretty disappointing" 0.5 percent, says Michael Feroli, an economist at JPMorgan Chase. That's a far cry from the 3 percent pace for all of 2015 that most economists expected late last year. Growth hasn't reached that level since 2005.

The biggest reason behind the disappointment is consumers, who were widely expected to return to their free-spending ways.

Gas prices are still about $1 a gallon cheaper nationwide than a year ago, despite some recent increases. Steady hiring in the past year means 3 million more people are earning paychecks compared with a year ago. And consumer confidence has also risen in recent months.

Yet in the first three months of the year, Americans increased their spending by just 1.9 percent, the weakest gain in a year. A report on restaurant and retail sales Wednesday showed that spending was flat in April, crushing hopes for a stronger rebound.

"The disappearance of consumer spending in early 2015 has now become even more mysterious, as some of the excuses shopped around earlier, like bad weather, are looking more stretched with the passage of time," Feroli says.

Most economists have concluded that Americans, at least so far, are reluctant to spend their savings from cheaper gas because they believe the drop in prices will be temporary. Meanwhile, spending by oil and gas companies on drilling rigs, steel pipes and other equipment plummeted nearly 50 percent in the first quarter, a much steeper drop than economists forecast.

"We expected (cheaper gas) to have a positive impact," Paul Ashworth, an economist at Capital Economics, said. "It hasn't."

So are things turning around? Short answer: probably.

Many trends currently weighing on growth should fade. International trade will be less of a drag in the second half of the year, economists say. The dollar's rise against other major currencies, such as the euro, has leveled off. A strong dollar has made exports more expensive, hurting sales in overseas markets.

A surge of imports in March, which widened the trade gap and cut growth, was probably a one-time event triggered by the resolution of the West Coast port dispute.

Consumer spending should rebound from the first quarter's unusually low level. And spending by energy companies will likely stop falling by the third quarter, LaVorgna said. He expects growth will reach a 3 percent annual rate in the second half.

Home construction is also poised to lift growth. Harsh weather postponed many projects in January and February, but homebuilding rose 2 percent in March from the previous month.