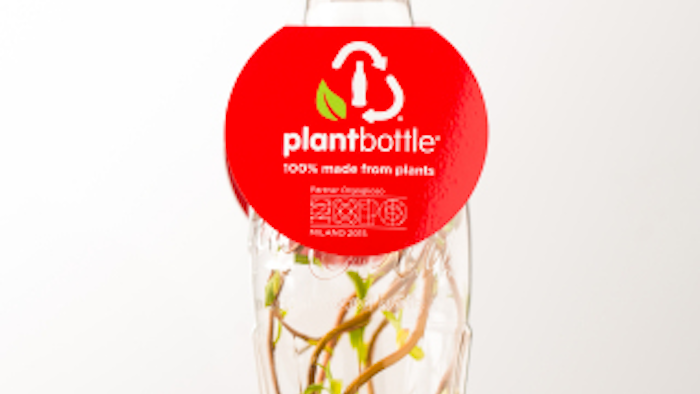 PlantBottle packaging is The Coca-Cola Company’s vision to develop a more responsible plant-based alternative to packaging traditionally made from fossil fuels and other non-renewable materials. PlantBottle packaging uses patented technology that converts natural sugars found in plants into the ingredients for making PET plastic bottles. The packaging looks, functions and recycles like traditional PET but has a lighter footprint on the planet and its scarce resources.

Nancy Quan, Global Research and Development Officer, The Coca-Cola Company, said, “Today is a pioneering milestone within our Company’s packaging portfolio. Our vision was to maximize game-changing technology, using responsibly sourced plant-based materials to create the globe’s first fully recyclable PET plastic bottle made entirely from renewable materials. We are delighted to unveil the first bottles here at World Expo - a world-class exhibition where sustainable innovation is celebrated.”

Since the 2009 launch, The Coca-Cola Company has distributed more than 35 billion bottles in nearly 40 countries using its current version of PlantBottle packaging which is made from up to 30 percent plant-based materials. It is estimated the use of PlantBottle packaging since launch has helped save the equivalent annual emissions of more than 315,000 metric tons of carbon dioxide.

The Coca-Cola Company plans to continue investment in its PlantBottle packaging.