GM Stops Production At Its Single Plant In Russia

General Motors has halted production at its single assembly plant in Russia as sales have plummeted amid an economic downturn. 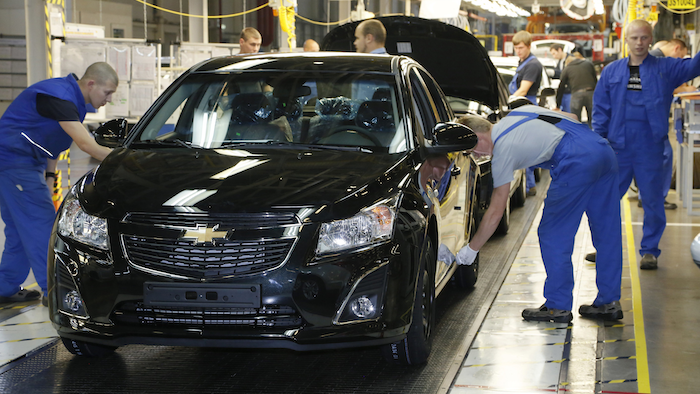 ST.PETERSBURG, Russia (AP) — General Motors has halted production at its single assembly plant in Russia as sales have plummeted amid an economic downturn.

Sergei Lepnukhov, GM's spokesman in Russia, said Wednesday the plant in St. Petersburg stopped work "in the framework of the company restructuring its business model in Russia."

GM announced the plant's closure in March, citing a shrinking auto market. The plant, GM's only fully owned production facility in Russia, opened in late 2008 amid much fanfare when foreign automakers were crowding into a booming market. It cost $300 million and has a capacity of 70,000 cars a year.

GM also said it would withdraw its mass-market Opel brand from Russia by December, and production of Chevrolets under license by Russian firm GAZ will also end this year.