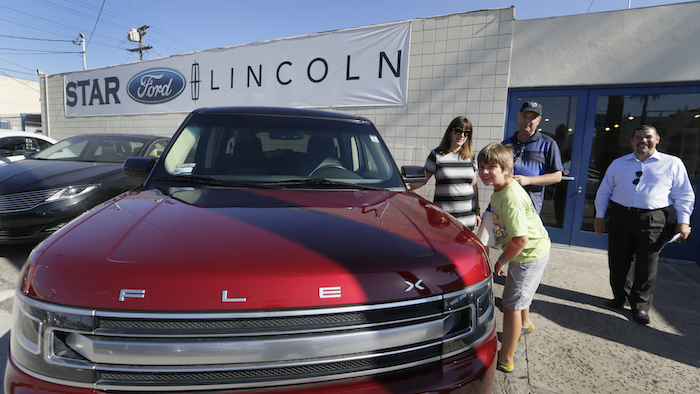 Jeep brand sales were up 18 percent, making up for double-digit declines for the Chrysler and Dodge brands. Fiat Chrysler sold 201,672 vehicles overall.

Industry sales were expected to drop 3 percent from last August, according to car buying site TrueCar.com. It was the first year-over-year monthly sales decline since January 2014. But industry analysts say a quirk in the calendar — not a lack of demand — was to blame.